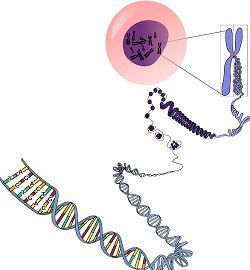 Newly described stretches of super-silenced DNA reveal a fresh approach to reprogram cell identity to use in regenerative medicine studies and one day in the clinic, according to a study published in the December 21, 2017 issue of Molecular Cell by investigators from the Perelman School of Medicine at the University of Pennsylvania. The study is titled “Genomic and Proteomic Resolution of Heterochromatin and Its Restriction of Alternate Fate Genes.” "In the past, most labs, including my own, used gene activators to turn on a new program to change the identity in a given cell," said senior author Ken Zaret, PhD, Director of the Penn Institute for Regenerative Medicine and a Professor of Cell and Developmental Biology. "Our study shows that in some cases we will need to disassemble a cell's gene repression machinery to activate important genes to reprogram a cell's identity." The team attempted to reprogram skin cells to make new liver cells. Conversions of one cell type to another usually have low efficiencies, and this study identifies one reason why. The long-term goal of this preclinical research is to be able to replenish diseased liver tissue with healthy tissue derived from a different tissue, such as skin cells, from the same individual in a process called direct-cell reprogramming. The Zaret lab untangled an extreme form of gene silencing, opening up regions of tightly wound DNA that is difficult for activators to reach to turn on certain genes. The researchers found the regions by characterizing an increase in chemical cross-linking due to DNA being more compacted in the scaffolding of repressed regions of chromosomes. "Think of a piece of fishing line that has been used for a while, with several knots along its length," Dr. Zaret said.
Login Or Register To Read Full Story
Login Register