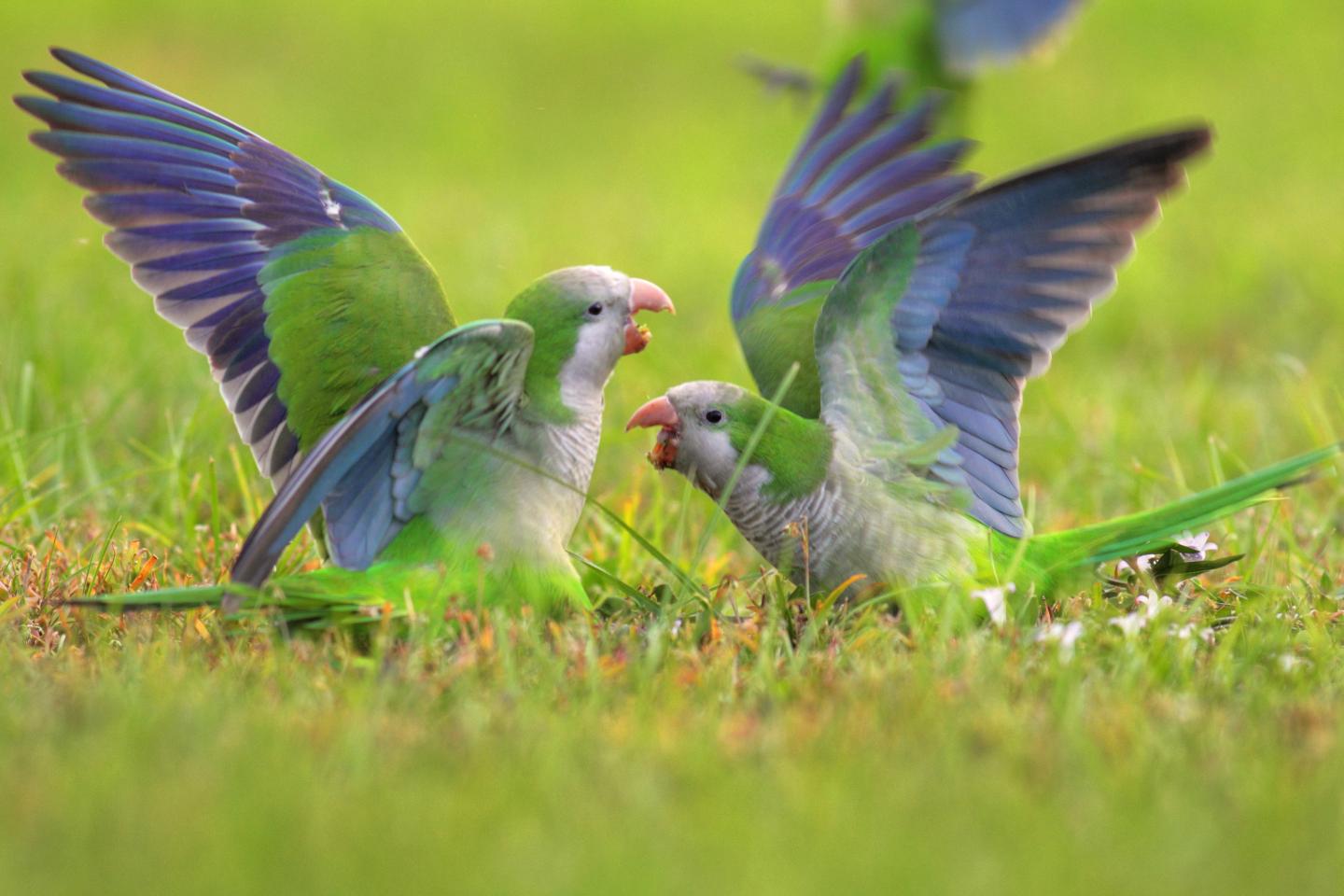 A study of aggression in monk parakeets suggests that where they stand in the pecking order is a function of the bird's carefully calibrated perceptions of the rank of their fellow-feathered friends. Newly formed groups of monk parakeets do not show evidence that they perceive rank, yet an awareness of it emerges quickly, after about a week of interactions, which is when individuals direct aggression more frequently against those nearby in rank rather than with lower-ranked birds. But how do the birds infer rank - their own and the rank of those in the rest of the flock - and then act upon it? "Parakeets appear to be able to connect the dots in their groups, remembering chains of aggression, so if A fights B, then watches how B fights C and how C fights D and how D fights E, then A will use this knowledge to adjust how it interacts with E based on all of the fights in between," said the study's lead author Dr. Elizabeth Hobson, a postdoctoral fellow at the National Institute for Mathematical and Biological Synthesis in the USA. The study published on September 10, 2015 in the open-access journal PLOS Computational Biology sheds new light on how socially complex animal societies evolve and how dominance hierarchies are established. The article is titled “Social Feedback and the Emergence of Rank in Animal Society."A socially and cognitively complex species, monk parakeets inhabit a social structure organized by dominance hierarchies, such that each animal is ranked as dominant over animals below it and submissive to those above it in the hierarchy. Aggressive encounters usually drive rankings, and a higher rank, of course, often means better foraging opportunities and greater chances of reproductive success.
Login Or Register To Read Full Story
Login Register