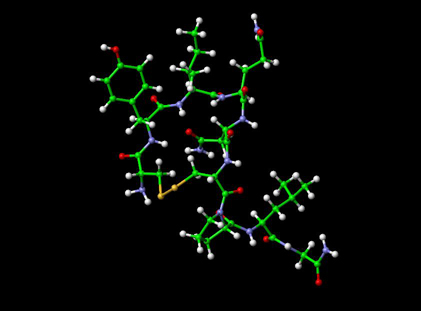 How is the bond between people in love maintained? Scientists at the Bonn University Medical Center have discovered a biological mechanism that could explain the attraction between loving couples: if oxytocin is administered to men and if they are shown pictures of their partner, the bonding hormone stimulates the reward center in the brain, increasing the attractiveness of the partner, and strengthening monogamy. The results were published online on November 25, 2013 in PNAS. Monogamy is not very widespread among mammals; human beings represent an exception. Comparatively many couples of the species Homo sapiens have no other partners in a love relationship. For a long time, science has therefore been trying to discover the unknown forces that cause loving couples to be faithful. "An important role in partner bonding is played by the hormone oxytocin, which is secreted in the brain," says Professor Dr. René Hurlemann, Executive Senior Physician at the Inpatient and Outpatient Department of Psychiatry and Psychotherapy of the Bonn University Medical Center. A team of scientists at the University of Bonn under the direction of Professor Hurlemann and with participation by researchers at the Ruhr University of Bochum and the University of Chengdu (China) examined the effect of the "bonding hormone" more precisely. The researchers showed pictures of their female partners to a total of 40 heterosexual men who were in a permanent relationship – and pictures of other women for comparison. First a dose of oxytocin was administered to the subjects in a nasal spray; and then a placebo at a later date. Furthermore, the scientists also studied the brain activity of the subjects with the help of functional magnetic resonance tomography.
Login Or Register To Read Full Story
Login Register