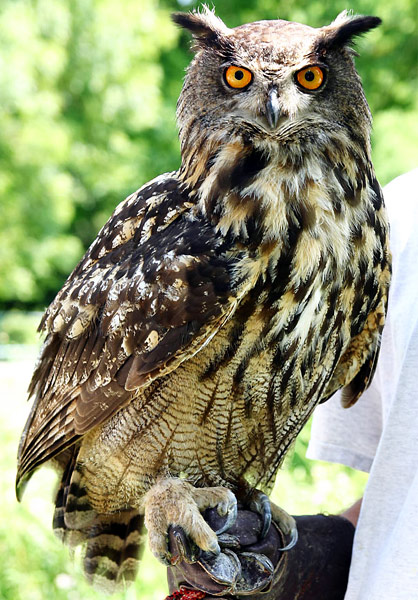 An international team of scientists from Spain, Finland, and Portugal recently discovered that eagle owls (Bubo bubo) communicate with each other using a patch of white throat plumage that is repeatedly exposed during each call and is only visible during vocal displays. The scientists found that the owls use moonlight to increase the conspicuousness of this visual signal during their call displays. Call displays were found to be directly influenced by the amount of moonlight, with silent nights being more frequent during periods with no moonlight versus those with moonlight. Furthermore, high numbers of calling bouts were more frequent at moonlight. Finally, call posts were located on higher positions on moonlit nights. The researches said that their results support the idea that moon phase affects the visual signaling behavior of this species, and provide a starting point for examination of this method of communication by nocturnal species. This work was reported on January 20, 2010, in PLoS ONE. [PLoS ONE article]
Login Or Register To Read Full Story
Login Register