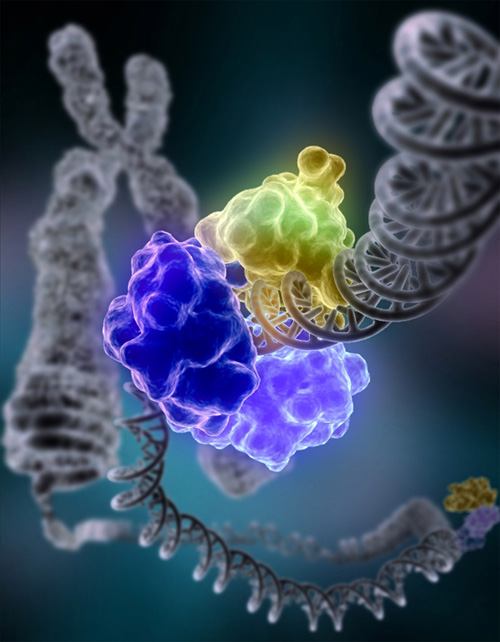 The anxiety and behavioral issues associated with excess MeCP2 protein result from overexpression of two genes (Crh [corticotropin-releasing hormone] and Oprm 1 [mu-opioid receptor MOR 1]), which may point the way to treating these problems in patients with too much of the protein, said Baylor College of Medicine (BCM) scientists in a report that appears online in the journal Nature Genetics. Much of the reported work was done at the Jan and Dan L. Duncan Neurological Research Institute (NRI) at Texas Children's Hospital. MeCP2 is a "Goldilocks" in the protein world. When the protein is lacking or defective, girls develop the neurological disorder Rett syndrome early in life. Too much protein results in the more recently identified MeCP2 duplication syndrome, which usually affects boys, who may inherit the gene duplications either from their mothers or, in rare cases, develop it sporadically. In both cases, anxiety and social behavioral deficits are typical of those with the disease, along with other motor problems and cognitive defects. "This is a nice example of a translational story," said Dr. Rodney Samaco, assistant professor of molecular and human genetics at BCM and first author of the paper. "We first identified the mouse model for MeCP2 duplication syndrome and then found people with the disorder in the clinic. We went back to the lab and found out that MeCP2 was indeed the major contributor to this phenotype in patients. We have now identified two genes involved in two major symptoms of the syndrome. Eventually, we may take the information back to the clinic to develop a treatment for patients." "Loss or gain of MeCP2 affects the expression of hundreds of genes, but discovering that two genes are the culprits in mediating anxiety and social behavioral problems is surprising," said Dr.
Login Or Register To Read Full Story
Login Register