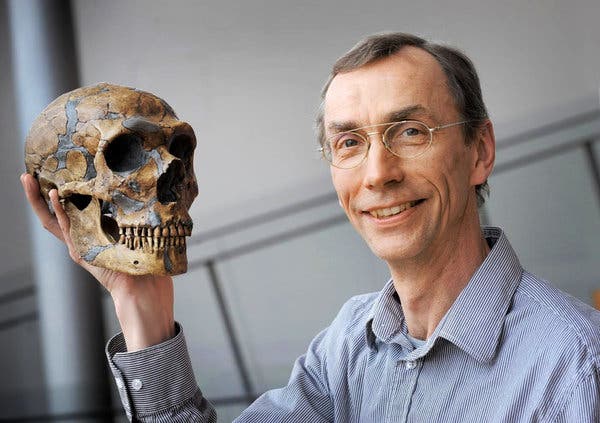 New data analysis indicates that almost one in three women in the UK Biobank have inherited the gene variant receptor for progesterone from Neandertals—and that this gene variant is associated with greater number of siblings, fewer bleedings during early pregnancy, and fewer miscarriages—suggesting increased fertility. This is according to a study published online on May 21, 2020 in Molecular Biology and Evolution by researchers at the Max Planck Institute for Evolutionary Anthropology in Germany and Karolinska Institutet in Sweden. The article is titled “The Neandertal Progesterone Receptor.” "The progesterone receptor is an example of how favorable genetic variants that were introduced into modern humans by mixing with Neandertals can have effects in people living today," says Hugo Zeberg, PhD, Assistant Professor in the Department of Neuroscience at Karolinska Institutet and researcher with the Max Planck Institute for Evolutionary Anthropology, who performed the study with colleagues Janet Kelso, PhD, Group leader of the Minerva Research Group for Bioinformatics at the Max Planck Institute for Evolutionary Anthropology, and Svante Pääbo (photo), PhD, Director, Max Planck Institute for Evolutionary Anthropology. Progesterone is a hormone that plays an important role in the menstrual cycle and in pregnancy. Analyses of biobank data from more than 450,000 participants--among them 244,000 women--show that almost one in three women in Europe have inherited the progesterone receptor from Neandertals. 29 percent carry one copy of the Neandertal receptor and three percent have two copies. "The proportion of women who inherited this gene is about ten times greater than for most Neandertal gene variants," says Dr. Zeberg.
Login Or Register To Read Full Story
Login Register