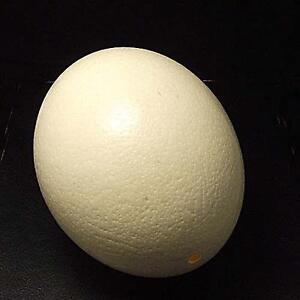 Scientists have identified fossil proteins in a 3.8-million-year-old ostrich eggshell, suggesting that proteins could provide valuable new insights into the evolutionary tree, much farther back in time than was previously thought. The study, published online on Octber 27, 2016 in the journal eLife, suggests that survival of protein fragments in the ancient eggshell could provide genetic information almost 50 times older than any DNA record. The open-access article is titled “Protein Sequences Bound to Mineral Surfaces Persist Into Deep Time.” The findings shed new light on how animals and humans lived and interacted in the past, how some species became extinct, and why some evolved and continue to thrive today. Crucially, the research provides archaeologists with the ability to be more targeted in which fossils they submit for deeper analysis. The team at the Universities of York, Sheffield, and Copenhagen analyzed and tracked egg fossils from well-dated sites in Tanzania and South Africa, where it is expected DNA and proteins would not survive the extreme environmental conditions. Professor Matthew Collins, from the University of York’s Department of Archaeology, who led the team, said: “To date, DNA analysis from frozen sediments has been able to reach back to about 700,000 years ago, but human evolution left most of its traces in Africa and the higher temperature there takes its toll on DNA preservation.
Login Or Register To Read Full Story
Login Register