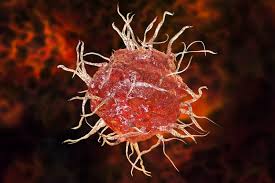 Viruses and other disease-causing microbes influence the type of immune response their hosts will develop against them. In some cases, the predominant response involves antibodies, proteins made by the immune system that specifically recognize parts of the invading microbe and mediate its destruction. In other cases, immune cells are trained to recognize the microbe and lead the attack against it. Scientists have extensively investigated the mechanisms that lead to either an antibody or a cell-mediated response, and about 10 years ago, a novel signal was suggested as the trigger of a cell-mediated response. In the current study, Baylor researchers William Decker, PhD, Matthew Halpert, PhD, Vanaja Konduri, PhD, and colleagues present comprehensive evidence that supports this phenomenon and propose a mechanism for its action. The article was published online on April 16, 2020 in the journal of the Federation of American Societies for Experimental Biology (FASEB). The FASEB article is titled “MHC Class I and II Peptide Homology Regulates the Cellular Immune Response.” Research has shown that two factors related to microbes significantly affect the type of immune response that will predominate. On one hand, are the microbial components (parts of proteins or genetic material, called pathogen-associated molecular patterns or PAMPs), and on the other hand, is the location of the microbes, whether they tend to be inside or outside cells. Cells have means to recognize PAMPs, and some cellular proteins recognize PAMPs inside cells, while others detect PAMPs outside cells. Research on viruses has shown that when viral genetic material is detected inside cells, a cell-mediated immune response develops, while the detection of viral proteins outside the cell triggers antibody-mediated responses.
Login Or Register To Read Full Story
Login Register