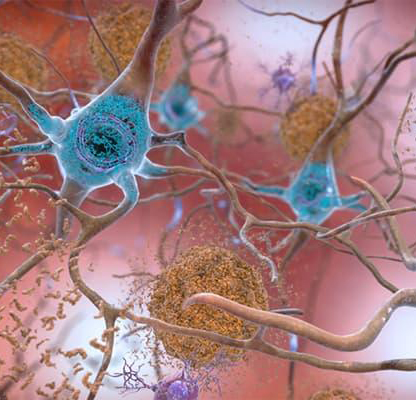 Amyloid plaques are pathological hallmarks of Alzheimer's disease (AD)--clumps of misfolded proteins that accumulate in the brain, disrupting and killing neurons and resulting in the progressive cognitive impairment that is characteristic of the widespread neurological disorder. In a new study, published online on March 2, 2021 in the Journal of Experimental Medicine (JEM) (https://rupress.org/jem/article/218/4/e20202560/211838/Preclinical-validation-of-a-potent-secretase), researchers at University of California (UC) San Diego School of Medicine, Massachusetts General Hospital, and elsewhere have identified a new drug that could prevent AD by modulating, rather than inhibiting, a key enzyme involved in forming amyloid plaques. The open-access article is titled “Preclinical Validation of a Potent γ-Secretase Modulator for Alzheimer’s Disease Prevention.” In studies using rodents and monkeys, the researchers report that the drug was found to be safe and effective, paving the way for possible clinical trials in humans. "Alzheimer's disease is an extraordinarily complex and multi-faceted condition that has, so far, defied effective treatment, let alone prevention," said senior author Steven L. Wagner, PhD, Professor in the Department of Neurosciences at UC San Diego School of Medicine. "Our findings suggest a potential therapy that might prevent one of the key elements of AD." Amyloid plaques are composed of small protein fragments called amyloid beta (Aβ) peptides. These peptides are generated by enzymes called β-secretase and γ-secretase, which sequentially cleave a protein called amyloid precursor protein on the surfaces of neurons to release Aβ fragments of varying lengths. Some of these fragments, such as Aβ42, are particularly prone to forming plaques, and their production is elevated in patients with mutations predisposing them to early-onset AD.
Login Or Register To Read Full Story
Login Register