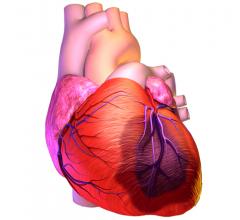 Cimaglermin, a new experimental drug, may help restore cardiac function after heart failure, according to a first-in-man study published in the December 1, 2016 issue of JACC: Basic to Translational Science. The open-access article is titled “A Phase I, Single Ascending Dose Study of Cimaglermin Alfa (Neuregulin 1β3) in Patients with Systolic Dysfunction and Heart Failure.” Heart failure, characterized by a loss of cardiac function, is among the leading causes of death worldwide. A significant portion of heart failure patients, particularly those with severe left ventricular systolic dysfunction, do not sufficiently respond to current medical therapy. Researchers examined the safety and efficacy of a single infusion of cimaglermin, which acts as a growth factor for the heart, helping the structural, metabolic, and contractile elements of the heart to repair itself following injury. The study enrolled 40 heart failure patients who were taking optimal medical therapy for at least three months prior to the trial. Compared to patients who received a placebo, patients who received a high dose of cimaglermin had a sustained increase in left ventricular ejection fraction, or pumping capacity, through 90 days after dosing, with the maximum increase reached at day 28. "These findings support continued clinical development of the investigational drug cimaglermin, including further safety evaluations and detailing the potential improvement on clinical heart failure outcome measures," said Daniel J. Lenihan M.D., from the Division of Cardiovascular Medicine at Vanderbilt University and the lead author of the study.
Login Or Register To Read Full Story
Login Register