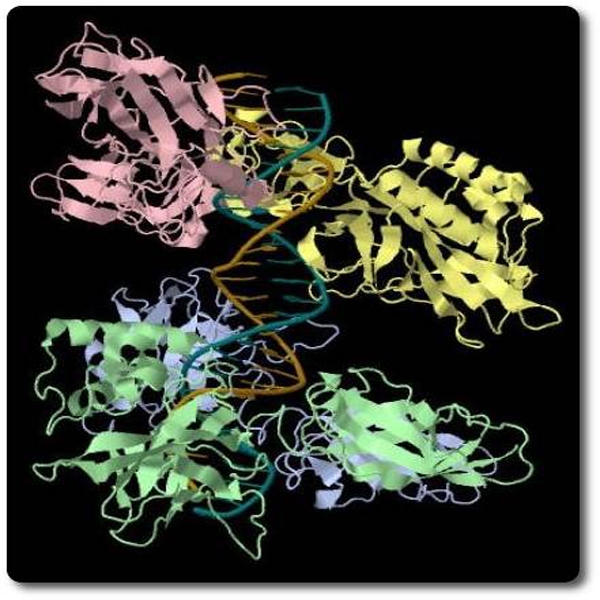 Dartmouth researchers have developed a novel and unique approach to treating chronic lymphocytic leukemia (CLL), a form of blood cancer that often requires repeated chemotherapy treatments to which the cancer grows resistant. The researchers, led by Alexey V. Danilov, M.D., Ph.D., assistant professor at the Geisel School of Medicine at Dartmouth and hematologist-oncologist at the Norris Cotton Cancer Center, modeled in the laboratory the lymph node microenvironment where CLL cells are found. The scientists were able to disrupt the activity of a pathway (NF-kappa B) that ensures the survival and resistance of the CLL cells in such microenvironments. The study findings were published in the March 15, 2014 issue of Clinical Cancer Research. "In this in vitro microenvironment, we used MLN4924 to disrupt the activity of the NF-kappaB pathway by targeting Nedd8, which controls activation of NF-kappa B," said Dr. Danilov. "This decreased the survival of CLL cells and re-sensitized them to conventional chemotherapy as well as novel agents. Because the CLL cells used were obtained from patients with this disorder, these findings are immediately relevant to the clinic." Dr. Danilov says that unlike other novel therapies that have shown promise in the treatment of CLL, this approach is unique because it does not directly target proteins within the B-cell receptor pathway. He also notes that other research models that mimic the natural lymph node microenvironment have typically induced prolonged survival of CLL cells and made them resistant to in vitro chemotherapy. This research used novel model systems which reversed the pro-survival effects of the microenvironment. The researchers are now working to understand the intricate mechanisms of how MLN4924 decreased the survival of CLL cells.
Login Or Register To Read Full Story
Login Register