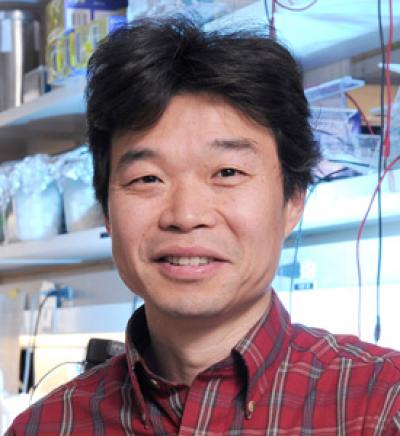 Researchers at the University of Teas (UT) Southwestern Medical Center have found a new way that internal body clocks are regulated by a type of molecule known as long non-coding RNA. The internal body clocks, called circadian clocks, regulate the daily "rhythms" of many bodily functions, from waking and sleeping to body temperature and hunger. They are largely "tuned" to a 24-hour cycle that is influenced by external cues such as light and temperature. "Although we know that long non-coding RNAs are abundant in many organisms, what they do in the body, and how they do it, has not been clear so far," said Dr. Yi Liu (image, courtesy of UT Southwestern Medical Center), Professor of Physiology. "Our work establishes a role for long non-coding RNAs in 'tuning' the circadian clock, but also shows how they control gene expression." Determining how circadian clocks work is crucial to understanding several human diseases, including sleep disorders and depression in which the clock malfunctions. The influence of a functional clock is evident in the reduced performance of shift workers and the jet lag felt by long-distance travelers. Dr. Liu and his team were able to learn more about the circadian rhythms by studying model systems involving the bread mold, Neurospora crassa. The researchers found that the expression of a clock gene named frequency (frq) is controlled by a long non-coding RNA named qrf (frq backwards) − an RNA molecule that is complementary, or antisense, to frq. Unlike normal RNA molecules, qrf does not encode a protein, but it can control whether and how much frq protein is produced. Specifically, qrf RNA is produced in response to light, and can then interfere with the production of the frq protein. In this way, qrf can "re-set" the circadian clock in a light-dependent way.
Login Or Register To Read Full Story
Login Register