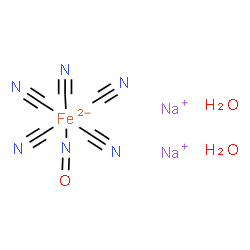 Researchers at the Federal University of São Paulo (UNIFESP) in Brazil have tested a treatment with sodium nitroprusside in a strain of rats that spontaneously develop some of the symptoms associated with schizophrenia. The results obtained with a group of adolescent animals suggest that preventive treatment of the disease may be possible in the future for young people considered at risk owing to cases of schizophrenia in their family history - 15% to 30% of risk cases develop the disease later in life. The research was supported by the São Paulo Research Foundation - FAPESP. The principal investigator was Dr. Vanessa Costhek Abílio, a professor in the Pharmacology Department of UNIFESP's Medical School (Escola Paulista de Medicina). The findings were published online on April 14, 2018 in CNS Neuroscience & Therapeutics. The article is titled “Sodium Nitroprusside Is Effective in Preventing and/or Reversing the Development of Schizophrenia‐Related Behaviors in an Animal Model: The SHR Strain.” "What if we could develop a safe preventive treatment for these children so as to avert development of schizophrenia in adulthood?" Dr. Abílio wondered. Schizophrenia is an incurable neuropsychiatric disorder that typically develops in late adolescence or early adulthood. Sodium nitroprusside is a salt that acts as a significant donor of nitric oxide, a powerful vasodilator. For this reason, it has been prescribed since the 1920s for severe hypertension. More recently, evidence has been found that it might also benefit patients with schizophrenia. (read about it further in this article). The experiment used rats that spontaneously become hypertensive and also display behavioral alterations. These rats belong to a strain selected in Japan in the 1960s and used since then in animal models of hypertension and cardiovascular problems.
Login Or Register To Read Full Story
Login Register