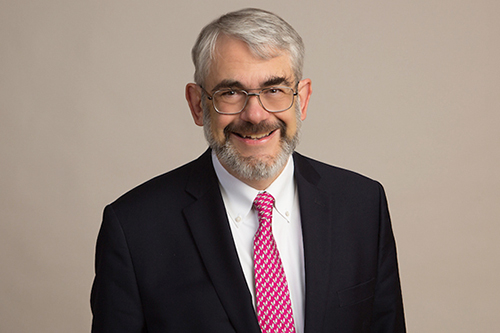 Over the last 20 years, three families have been unsuspectingly linked by an unknown illness. Researchers at the National Human Genome Research Institute (NHGRI), part of the National Institutes of Health, and other organizations have now identified the cause of the illness, a new disease called CRIA syndrome. The results were published online on December 11, 2019 in Nature. The article is titled “Mutations That Prevent Caspase Cleavage of RIPK1 Cause Autoinflammatory Disease.” NHGRI Scientific Director Daniel Kastner (photo), MD, PhD, a pioneer in the field of autoinflammatory diseases, and his team discovered CRIA, which has symptoms including fevers, swollen lymph nodes, severe abdominal pain, gastrointestinal problems, headaches, and, in some cases, abnormally enlarged spleen and liver. The disorder has characteristics typical of an autoinflammatory disease, where the immune system appears to be activated without any apparent trigger. Although the condition is not life-threatening, patients have persistent fever and swollen lymph nodes from childhood to old age, as well as other symptoms that can lead to lifelong pain and disability. When confronted by the symptoms of patients, who were first seen at the NIH Clinical Center, researchers looked for infections and cancer as the cause. After those were ruled out, they sought answers in the genome, a person’s complete set of DNA. Dr. Kastner and his team sequenced gene regions across the genome and discovered only one gene — RIPK1 — to be consistently different in all patients. The image here depicts the kinase domain of the RIPK1 protein. Researchers identified a specific type of variation in the patients: a single DNA letter at a specific location incorrectly changed. This change can alter the corresponding amino acid added to the encoded protein.
Login Or Register To Read Full Story
Login Register