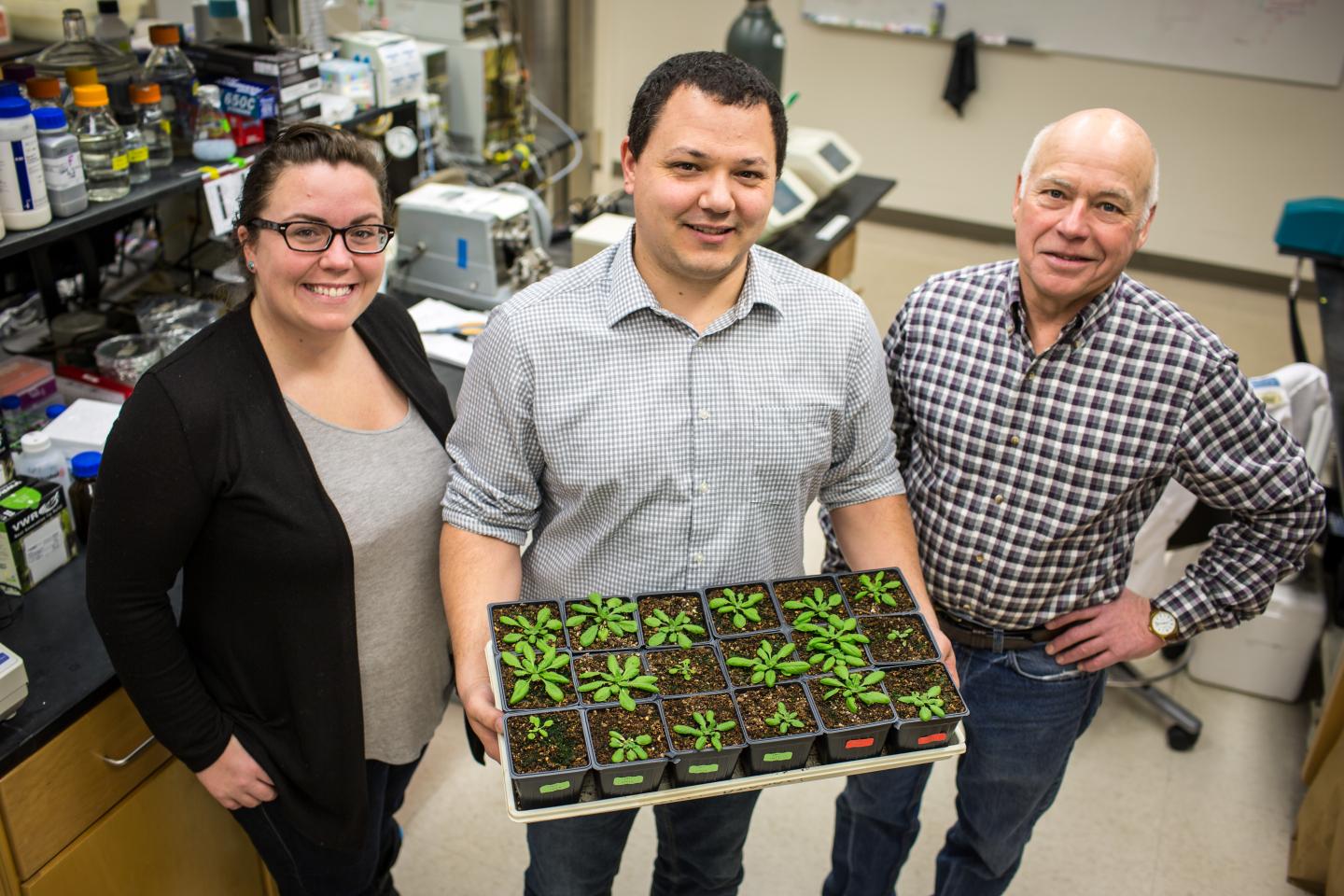 Instead of turning carbon into food, many plants accidentally make a plant-toxic compound during photosynthesis that is recycled through a process called photorespiration. University of Illinois and USDA/ARS researchers reported online on March 28, 2017 in Plant Cell the discovery of a key protein in this process, which they hope to manipulate to increase plant productivity. The open-access paper is titled “Bile Acid Sodium Symporter BASS6 Can Transport Glycolate and Is Involved in Photorespiratory Metabolism In Arabidopsis Thaliana." "Photorespiration is essential for C3 plants, such as rice and soybeans, but operates at the massive expense of fixed carbon and energy," said project lead Don Ort (at right in photo), Ph.D., USDA/ARS scientist and the Robert Emerson Professor of Plant Biology at Illinois. "We have identified photorespiration as a primary target to improve photosynthetic efficiency as a strategy to improve crop yield. Successfully re-engineering photorespiration requires deep knowledge of the process, for which understanding of transport steps is most lacking." Related to a family of transport proteins that move bile around in animals, the newly discovered role of the plant protein bile acid sodium symporter 6 (BASS6) is to transport the toxic product glycolate out of the chloroplast where it is recycled into a useful sugar molecule (glycerate) through a series of chemical reactions, which release carbon dioxide and harmful ammonia while sacrificing energy. Since the 1960s, researchers have known that plant chloroplasts export two molecules of glycolate to recover one molecule of glycerate.
Login Or Register To Read Full Story
Login Register