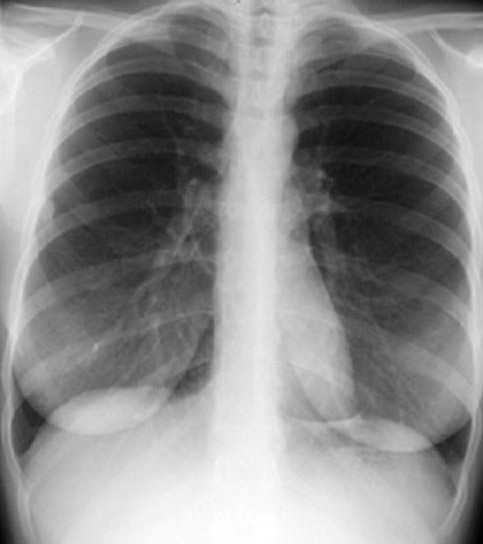 Severe lung diseases are among the leading causes of death worldwide. To date, they have been difficult to diagnose at an early stage. Within an international collaboration, scientists from Munich have now developed an X-ray technology to do just that. Their results were published online on October 16, 2012 in PNAS. Now they are working on bringing the procedure into medical practice. Chronic obstructive pulmonary disease (COPD) is considered the fourth most common cause of death in the United States. Usually the precursor to this life-threatening lung disease is a chronic bronchitis. Partially destroyed alveoli and an over-inflation of the lungs, known as emphysema, are serious side effects. However, the subtle differences in the tissue are barely discernable in standard X-ray images. In addition to the conventional X-ray images, the Munich scientists analyzed the radiation scattered by the tissue. From these data they calculated detailed images of the lungs of the investigated mice. Using such images, physicians can see not only if a patient is diseased, but also how strongly which parts of the lung are affected. “Especially in early stages of the disease, identification, precise quantification, and localization of emphysema through the new technology would be very helpful”, says Professor Maximilian Reiser, head of the Institute for Clinical Radiology at Ludwig-Maximilians-University Munich.
Login Or Register To Read Full Story
Login Register