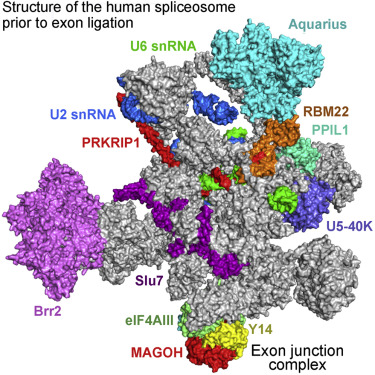 A previously unappreciated interaction in the genome turns out to have possibly been one of the driving forces in the emergence of advanced life, billions of years ago. This discovery began with a curiosity for retrotransposons, known as "jumping genes," which are DNA sequences that copy and paste themselves within the genome, multiplying rapidly. Nearly half of the human genome is made up of retrotransposons, but bacteria hardly have them at all. Nigel Goldenfeld, PhD, Swanlund Endowed Chair of Physics at the University of Illinois at Urbana-Champaigne (UIUC), and Director of NASA Astrobiology Institute for Universal Biology at UIUC; and Thomas Kuhlman, PhD, a former Physics Professor at UIUC who is now at the University of California, Riverside, wondered why this is. "We thought a really simple thing to try was to just take one (retrotransposon) out of my genome and put it into the bacteria just to see what would happen," Dr. Kuhlman said. "And it turned out to be really quite interesting." Their results, published online on November 19, 2018 in PNAS, give more depth to the history of how advanced life may have emerged billions of years ago -- and could also help determine the possibility and nature of life on other planets. The title of the open-access PNAS article is “Testing the Retroelement Invasion Hypothesis for the Emergence of the Ancestral Eukaryotic Cell.”Along the way to explaining life, the researchers first encountered death -- bacterial death, that is. When they put retrotransposons in bacteria, the outcome was fatal. "As they jump around and make copies of themselves, they jump into genes that the bacteria need to survive," Dr. Kuhlman said. "It's incredibly lethal to them."
Login Or Register To Read Full Story
Login Register