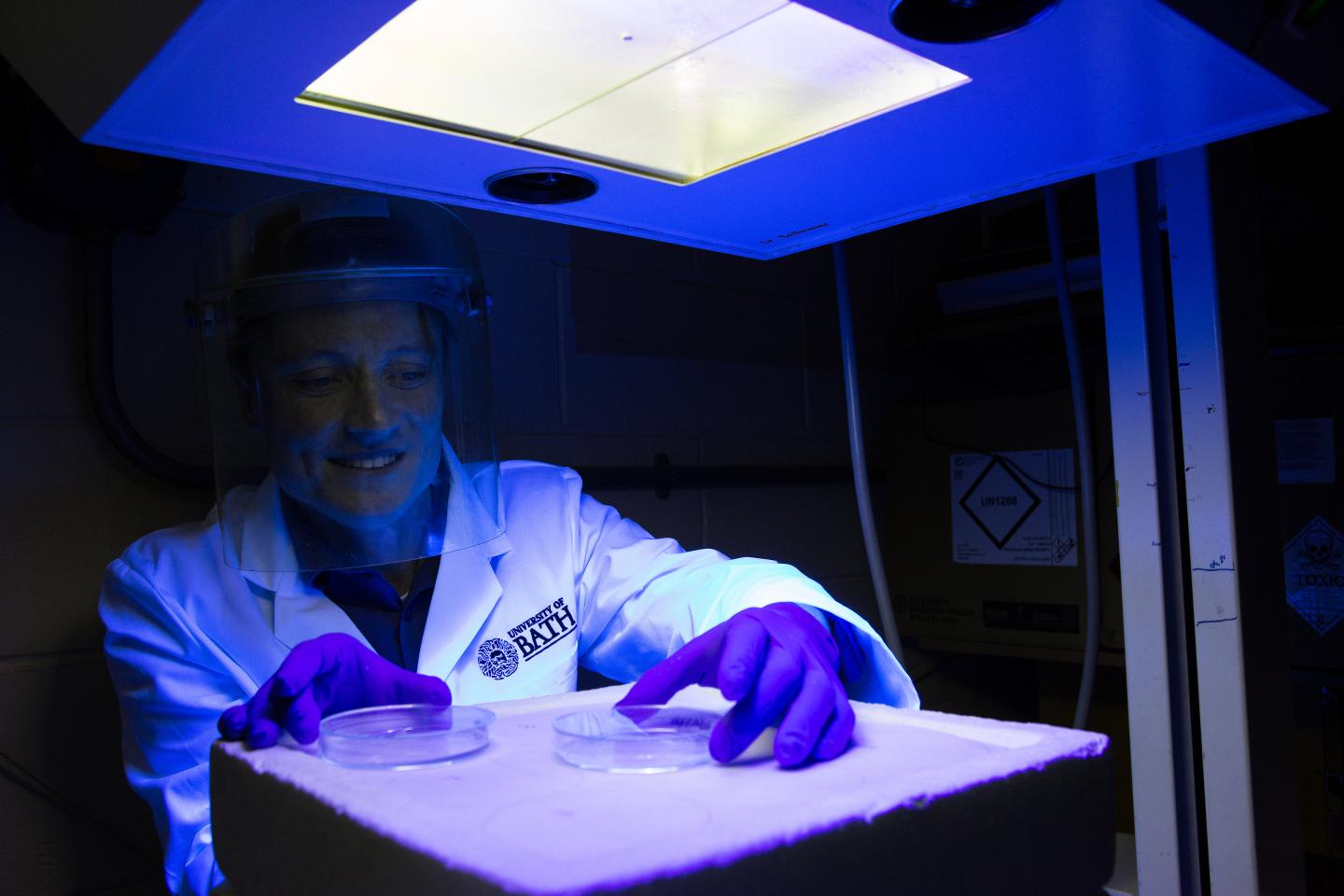 Skin cells taken from patients with a rare genetic disorder are up to ten times more sensitive to damage from ultraviolet A (UVA) radiation in laboratory tests, than those from a healthy population, according to new research from the University of Bath in the UK. It is hoped that the work, which has involved designing a brand new molecule with potential to be added to sun cream, could benefit those with Friedrich's ataxia (FA, also abbreviated (FDRA), as well as those with other disorders characterized by mitochondrial iron overload, notably Wolfram syndrome and Parkinson's disease, where UVA rays from the sun may pose particular challenges. Although most sun creams are effective against UVB rays, generally they only protect against UVA rays through the reflective properties of the cream alone. When cells are exposed to UVA rays, the damage caused to cells can be worsened by excess free iron in mitochondria which fuels the generation of 'free radicals,’ including reactive oxygen species (ROS), which can damage DNA, protein, and fats - increasing the risk of cell death and cancer. Patients with FA have high levels of free iron in their mitochondria. This new research, led by scientists at the University of Bath, King's College London and Brunel University London shows that this excess free iron makes skin cells from these patients up to 10 times more susceptible to UVA damage. The scientists have custom-built a molecule which acts like a claw to scoop up excess iron particles within mitochondria, preventing these miolecules from amplifying UVA-induced damage. The researchers' goal is to see this iron-scooping molecule added to sun creams to enhance their protective effect against UVA rays.
Login Or Register To Read Full Story
Login Register