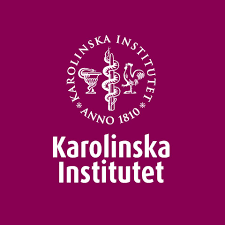 Research from Sweden’s Karolinska Institutet, published on March 27, 2020 in Nature, shows that an RNA molecule involved in preventing tumor formation can change its structure and thereby control protein production in the cell. The article is titled “Base-Pair Conformational Switch Modulates miR-34a Targeting of Sirt1 mRNA.” The finding may have important clinical implications as it [suggests the possibility of new strategies to treat different types of cancer. Short RNA molecules in our cells, called microRNAs, are important regulators of messenger RNAs (mRNAs) – the molecules that code for the building blocks of our body, the proteins. The exact mechanism of this regulation remains elusive, but it is known that microRNAs can silence mRNA molecules and thereby prevent protein production. Therefore, they have the potential to be used as tools or targets for drugs. “It’s important to increase our understanding of how microRNA regulates protein production because this process is disturbed in many different types of diseases, including cancer,” says Katja Petzold, PhD, Associate Professor in the Department of Medical Biochemistry and Biophysics at Karolinska Institutet, who led the study. “We show for the first time that a microRNA-mRNA complex has a structure that changes and that this movement has an effect on the biological outcome, i.e., the amount of protein produced in the cell.” The researchers studied a microRNA known as miR-34a, which plays an important role in cancer by indirectly regulating the activity of the p53 protein, known as the “guardian of the genome” for its ability to prevent cancer formation. Changes in the function of p53 are very common in human cancers. miR-34a downregulates the mRNA that codes for Sirt1, a protein that deactivates p53.
Login Or Register To Read Full Story
Login Register