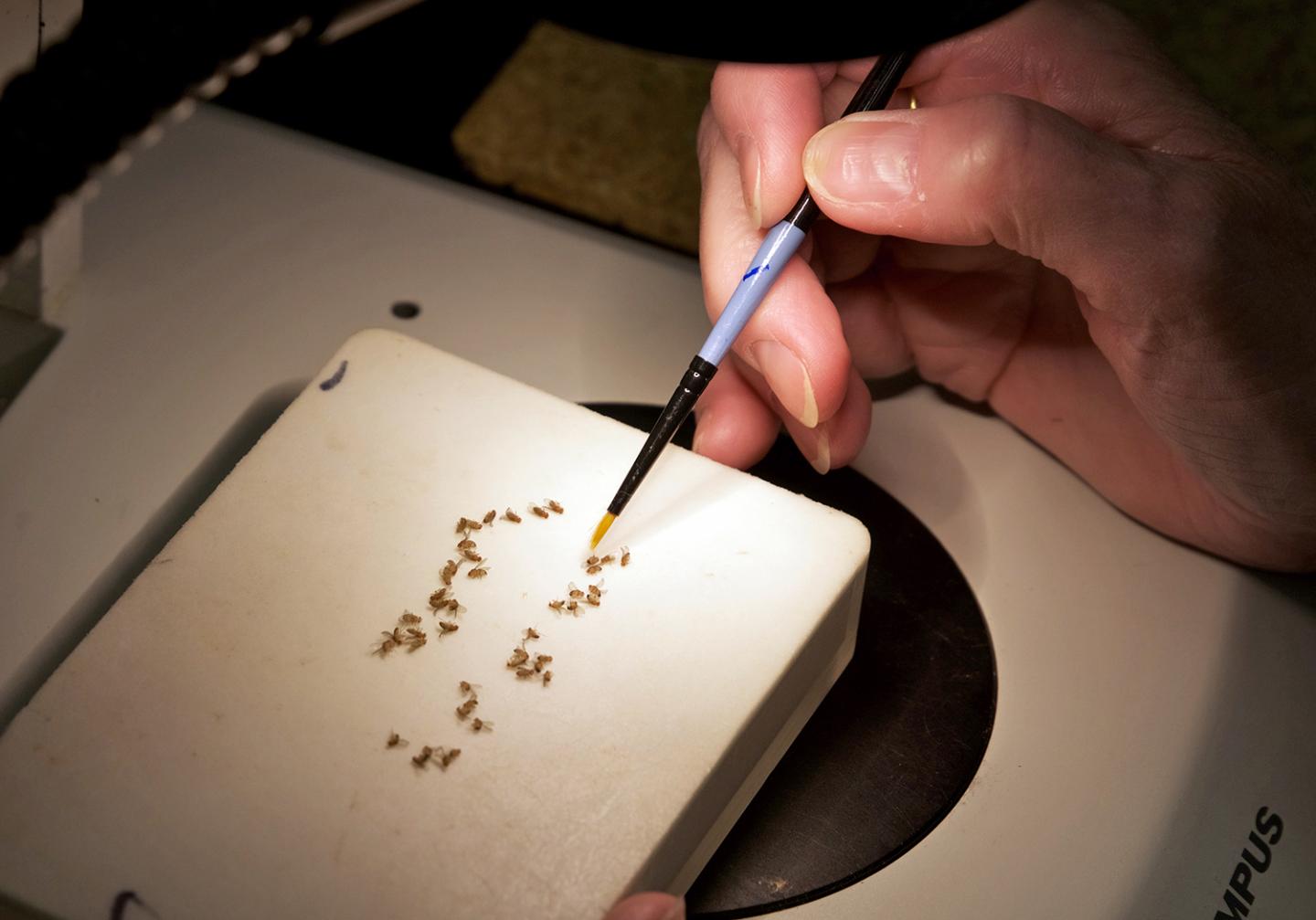 Just as there is a mysterious dark matter that accounts for 85 percent of our universe, there is a "dark" portion of the human genome that has perplexed scientists for decades. A study published online on March 6, 2020, in Genome Research identifies new portions of the fruit fly genome that, until now, have been hidden in these dark, silent areas. The collaborative open-access paper, titled "Gene Expression Networks in the Drosophila Genetic Reference Panel," is the culmination of years of research by Clemson University geneticists Trudy Mackay, PhD, and Robert Anholt, PhD. Their ground-breaking findings could significantly advance science's understanding of a number of genetic disorders. The "dark" portion refers to the approximate 98 percent of the genome that doesn't appear to have any obvious function. Only 2 percent of the human genome codes for proteins, the building blocks of our bodies and the catalysts of the chemical reactions that allow us to thrive. Scientists have been puzzled by this since the 1970s when gene sequencing technologies were first developed, revealing the proportion of coding to noncoding regions of the genome. Genes are traditionally thought to be transcribed into RNAs, which are subsequently translated into proteins, as dictated by the central dogma of molecular biology. However, the entire assemblage of RNA transcripts in the genome, called the “transcriptome,” contains RNA species that appear to have some other function, apart from coding for proteins. Some scientists have proposed that noncoding regions might contain regulatory regions that control gene expression and the structure of chromosomes, yet these hypotheses were difficult to study in past years as diagnostic technology was developing.
Login Or Register To Read Full Story
Login Register