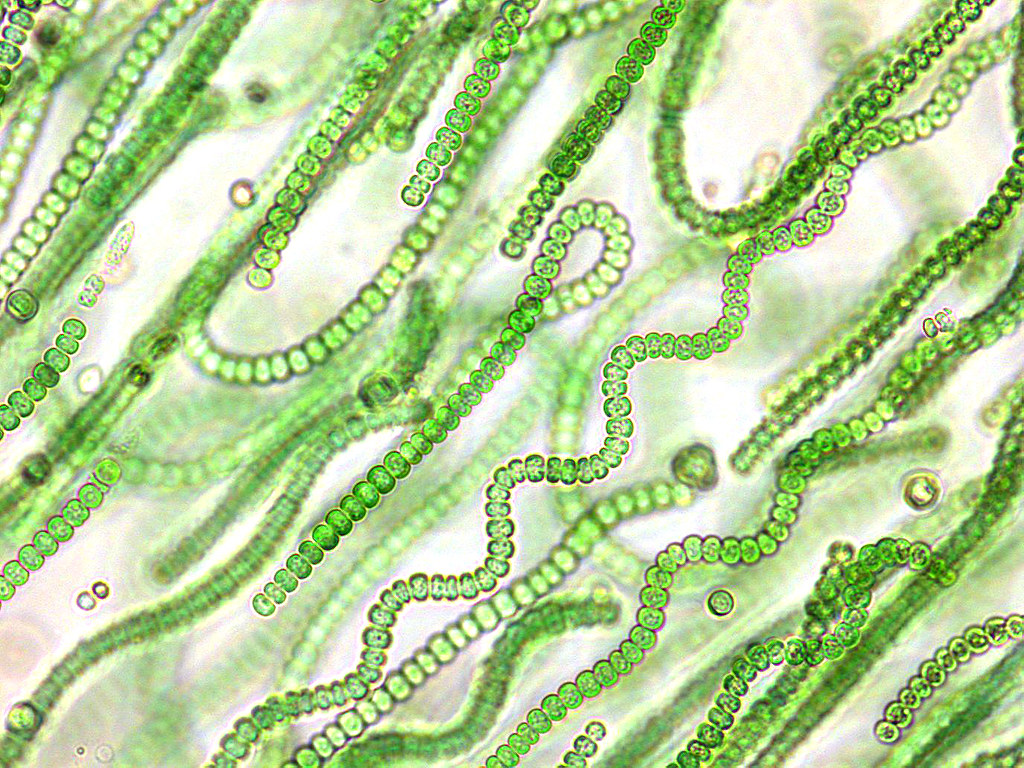 The ability to generate oxygen through photosynthesis--that helpful service performed by plants and algae, making life possible for humans and animals on Earth--evolved just once, roughly 2.3 billion years ago, in certain types of cyanobacteria. This planet-changing biological invention has never been duplicated, as far as anyone can tell. Instead, according to “endosymbiotic theory,” all the "green" oxygen-producing organisms (plants and algae) simply subsumed cyanobacteria as organelles in their cells at some point during their evolution. "Oxygenic photosynthesis was an evolutionary singularity," says Woodward Fischer, Ph.D., Professor of Geobiology at Caltech, referring to the process by which certain organisms use the energy of sunlight to convert carbon dioxide and water into sugar for food, with oxygen as a by-product. "Cyanobacteria invented it, and then ultimately become the chloroplasts of algae. Plants are just a group of algae that moved on land." Yet, as world-shaping as cyanobacteria are, relatively little is known about them. Until a couple of decades ago, they were called "blue-green algae" by taxonomists, though it was later revealed that they are not algae at all, but rather a completely different type of organism. That lack of taxonomic understanding made deciphering the riddle of their evolution all but impossible, Dr. Fischer says. "For the longest time, they were just their own group. We had no answer about where they came from, or what other organisms they were related to," Dr. Fischer says. "Imagine trying to understand something about human evolution without knowledge of the great apes." Publishing in the March 31, 2017 issue of Science, Dr. Fischer and colleagues from Caltech and the University of Queensland in Australia have finally fleshed out cyanobacteria's family tree.
Login Or Register To Read Full Story
Login Register