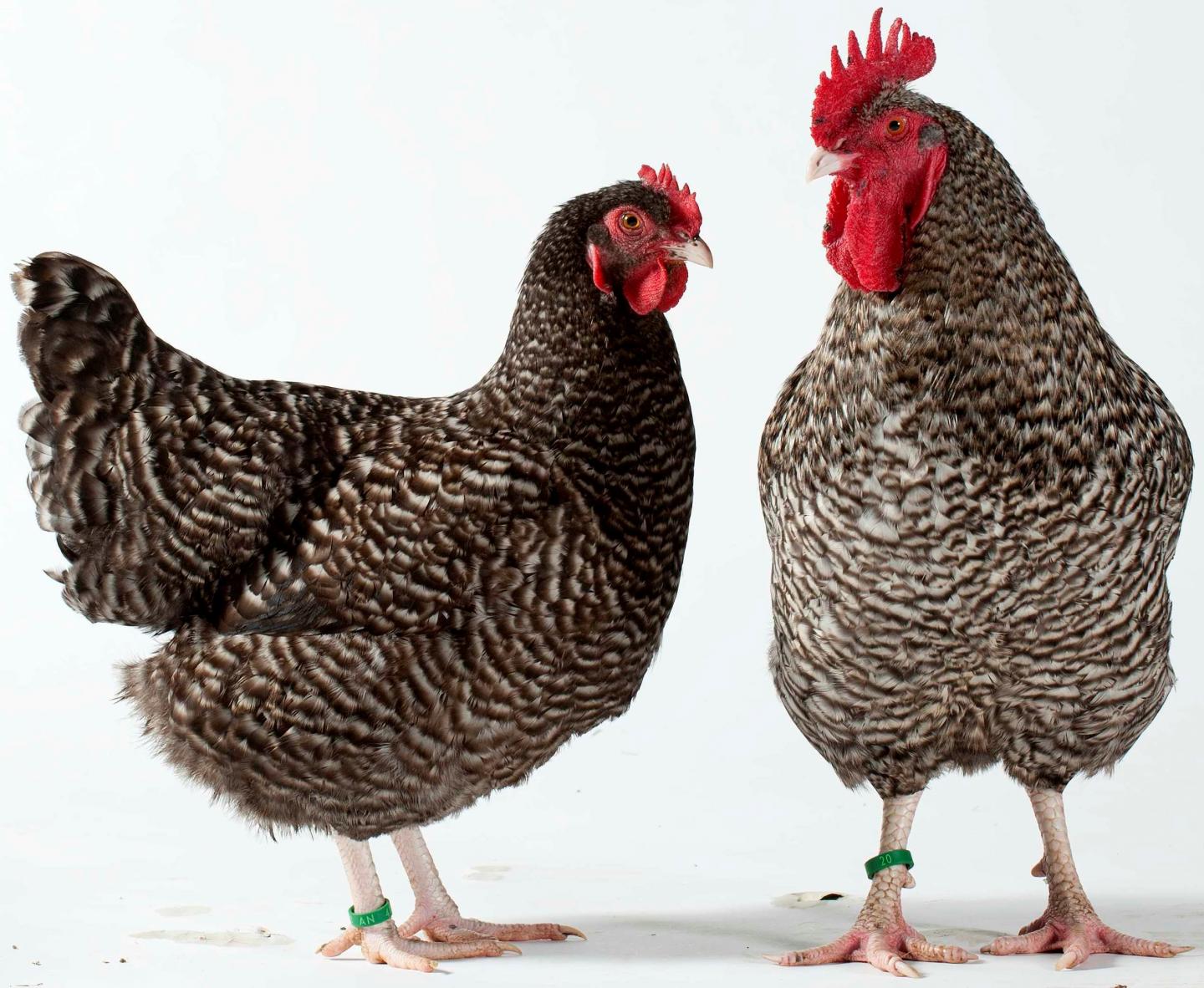 Birds show an amazing diversity in plumage color and patterning. But what are the genetic mechanisms creating such patterns? In a new study published on April 7, 2017 in PLOS Genetics, Swedish and French researchers report that two independent mutations are required to explain the development of the sex-linked barring pattern in chickens. Both mutations affect the function of CDKN2A, a tumor suppressor gene associated with melanoma in humans. Research in pigmentation biology has made major advances the last 20 years in identifying genes controlling variation in pigmentation in mammals and birds. However, the most challenging question is still how color patterns are genetically controlled. Birds are outstanding as regards the diversity and complexity in color patterning. The study published in the open-access PLOS Genetics has revealed the genetic basis for the striped feather characteristic of sex-linked barring. One example of this fascinating plumage color is the French breed Coucou de Rennes. The name refers to the fact that this plumage color resembles the barring patterns present in the common cuckoo (Cuculus canorus). The sex-linked barring locus is on the Z chromosome. (In chickens, as well as in other birds, the male has chromosomes ZZ, while females have ZW). The PLOS Genetics article is titled The evolution of Sex-linked barring alleles in chickens involves both regulatory and coding changes in CDKN2A.” "Our data show that sex-linked barring is caused by two independent mutations that act together. One is a regulatory mutation that increases the expression of CDKN2A. The other changes the protein sequence and makes the protein less functionally active.
Login Or Register To Read Full Story
Login Register