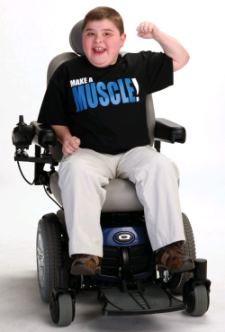 Researchers in public health have reported, in the first broad study in the United States, the frequency of two muscle-weakness disorders that strike mostly boys: Duchenne muscular dystrophy and Becker muscular dystrophy. The research team, led by the scientists at the University of Iowa (UI), found that approximately 1 in 5,000 boys, between 5 and 9 years old, have the inherited disorders. They also find the diseases appear to affect Hispanic boys more often than white or African-American boys, for reasons that are not well understood. The findings are important, because they give a better understanding of the number of children and families affected by the disorders. They also give doctors and health-care professionals valuable information, so they can better plan to care for those affected, especially as the diseases progress. "There were always some rather crude estimates of how common these muscular dystrophies are," says Dr. Paul Romitti, an epidemiologist at the UI and corresponding author of the study, published online in the journal Pediatrics. "It tells us that they're still an important public health concern." Muscular dystrophies are a group of genetic disorders that result in muscle weakness over time. The most common muscular dystrophy in children is Duchenne muscular dystrophy, which predominantly affects males. Historically, Duchenne has resulted in loss of walking ability between ages 7 and 13 years, and death in the teens or 20s. Becker muscular dystrophy is similar to Duchenne, but has later onset and slower, more variable progression of symptoms. There is no cure for either disorder.
Login Or Register To Read Full Story
Login Register