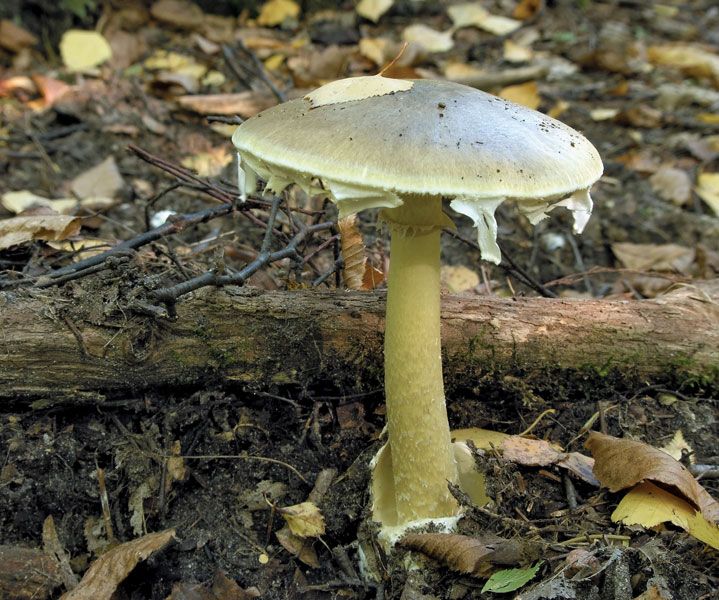 The death cap mushroom (Amanita phalloides) is highly toxic. However, some of its toxins can also be healing when used appropriately: for instance, amanitins are potential components for antibody-based cancer treatments. In the journal Angewandte Chemie, German, in an article published online on December 17, 2019, scientists have now described a new synthetic route for α-amanitin. The open-access article is titled “A Convergent Total Synthesis of the Death Cap Toxin α‐Amanitin.” Their method seems suitable for production on a larger scale, finally making enough of the toxin available for further research. Amanitins inhibit the enzyme RNA polymerase II with high selectivity, which leads to cell death. When transported into tumor cells by antibodies, the toxin could fight tumors. Until recently, however, the only source of amanitins was the mushrooms (Amanita phalloides) themselves, which limited the possibilities for experimentation. Some time ago, a total synthesis was reported for α-amanitin, the most powerful amanitin. Researchers working with Roderich D. Süssmuth, PhD, at the Technical University of Berlin have now introduced an alternative route for a total synthesis that occurs entirely in the liquid phase, allows for the possibility of producing different structural variants, and can be implemented on a larger scale. “We decided to use a convergent route, meaning that several components are first synthesized independently and then finally put together to form the target molecule,” explains Dr. Süssmuth. The building blocks are three peptide fragments made of five, one, and two amino acids. The researchers refer to their method as a [5+1+2] synthesis.
Login Or Register To Read Full Story
Login Register