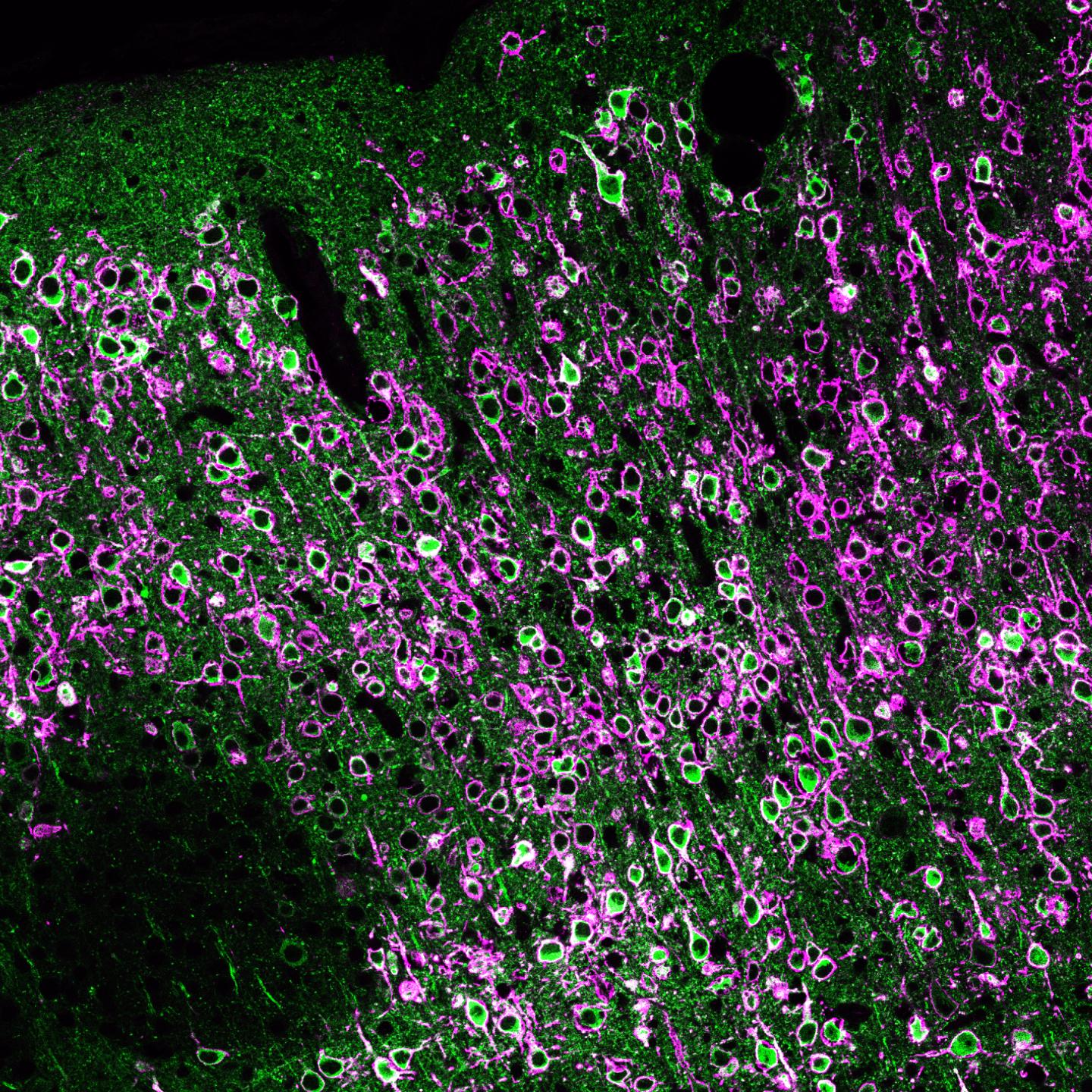 >Optogenetics is a technique that combines genetics and optics to control neuronal activity, which is based on the discovery of light-sensitive membrane channels within pond algae that control movement in response to light. When genes that produce one such light-sensitive membrane channel, called channelrhodopsin (ChR), are inserted into neurons and subsequently exposed to light, they regulate the flow of ions across cell membranes, increasing the neuron's activity. This allows scientists to discretely control neuronal activity by using p ulses of light to activate specific populations of neurons. Optogenetics is leveraged for mapping connections in the brain by stimulating individual neurons with light and recording the responses of nearby neurons with an electrode. In this manner, scientists ask whether stimulation of a putative presynaptic neuron causes a response in the putative postsynaptic neuron being monitored by the electrode. When ChRs are inserted into neurons using genetic techniques, however, their expression occurs throughout the entire surface of the neuron, from dendrites, the parts of the neuron that receive information, to the axon, the part of the neuron that sends information. The fact that ChR expression is not restricted to one particular domain of the neuron limits the information researchers can collect and interpret about synaptic connectivity, because it can be difficult to determine whether ChR stimulation was generated in a protein located in that neuron's cell body, or in the axon terminal or in the dendrites of other cells that happen to be passing through the light-stimulated area. In their article published online on August 15, 2016 in eLIFE, Max Planck Florida Institute (MPFI) researchers, Christopher A. Baker, Ph.D.
Login Or Register To Read Full Story
Login Register