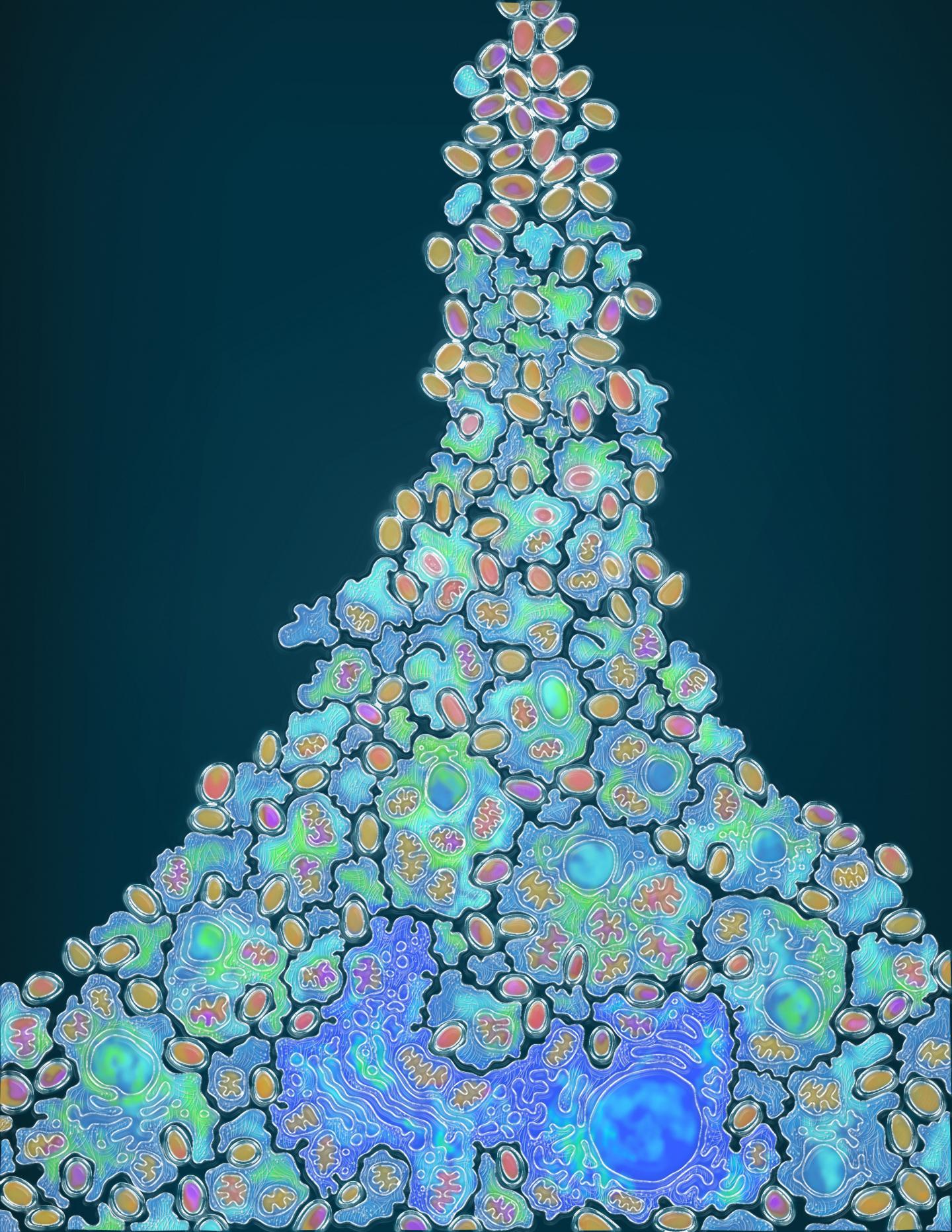 In a new study, published online on January 11, 2017 in Nature, an international research group led from Uppsala University in Sweden presents the discovery of a group of microbes that provide new insights as to how complex cellular life emerged. The study provides new details of how, billions of years ago, complex cell types that comprise plants, fungi, but also animals and humans, gradually evolved from simpler microbial ancestors. The open-access article is titled “Asgard Archaea Illuminate the Origin of Eukaryotic Cellular Complexity.” Life on our planet can be divided into three major groups. Two of these groups are represented by tiny microbes, the Bacteria and the Archaea. The third group of organisms comprises all visible life, such as humans, animals, and fungi -- collectively known as eukaryotes. Whereas the cells of bacteria and archaea are generally small and simple, eukaryotes are made up of large and complex cell types. The origin of these complex cell types has long been a mystery to the scientific community, but now an international collective of researchers led by Uppsala University has identified a group of microorganisms that provides a unique insight into the evolutionary transition from simple to complex cells. Based on pioneering work by the acclaimed biologist Carl Woese, it has been known that eukaryotes at some point shared a common ancestor with archaea. It was also clear that symbiosis - a process involving an intimate collaboration between two cell types -- played an important role in this process. Most scientists share the view that a symbiosis in which an archaeal host cell took up a bacterium ultimately gave rise to eukaryotes. Yet, whether this symbiosis was the cause or rather the consequence of the evolution of complex cells remained an open question.
Login Or Register To Read Full Story
Login Register