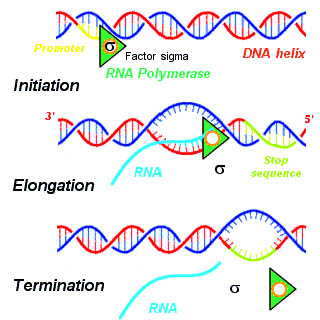 Like musicians in an orchestra who have the same musical score but start and finish playing at different intervals, cells with the same genes start and finish transcribing them at different points in the genome. For the first time, researchers at the European Molecular Biology Laboratory (EMBL) have described the striking diversity of messenger RNAs (mRNAs) that such start and end variation produces, even from the simple genome of yeast cells. Their findings, published online on April 24, 2013 in Nature, shed new light on the importance of mRNA boundaries in determining the functional potential of genes. Hundreds of thousands of unique mRNA transcripts are generated from a genome of only about 8,000 genes, even with the same genome sequence and environmental condition. “We knew that transcription could lead to a certain amount of diversity, but we were not expecting it to be so vast,” explains Dr. Lars Steinmetz, who led the project. “Based on this diversity, we would expect that no yeast cell has the same set of messenger RNA molecules as its neighbor.” The traditional understanding of transcription was that mRNA boundaries were relatively fixed. While it has long been known that certain parts of mRNAs can be selectively “spliced” out, this phenomenon is very rare in baker's yeast, meaning that the textbook one gene - one mRNA transcript relationship should hold. Recent studies have suggested that things aren't quite that simple, inspiring the EMBL scientists to create a new technique to capture both the start and end points of single mRNA molecules. They have now discovered that each gene can be transcribed into dozens or even hundreds of unique mRNA molecules, each with different boundaries. This suggests that not only transcript abundance, but also transcript boundaries, should be considered when assessing gene function.
Login Or Register To Read Full Story
Login Register