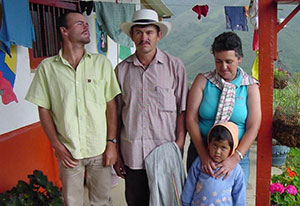 A potential blood-based biomarker for Alzheimer's and other neurodegenerative diseases seems even more promising thanks to new research from a Massachusetts General Hospital (MGH)-led study. According to this team's work, neurofilament light chain (NfL) has great potential as a biomarker for early detection of Alzheimer's disease and could be also useful for monitoring treatment response for that condition. The study was carried out by a team co-led by Yakeel T. Quiroz, PhD, Assistant Professor at Harvard Medical School, and Director of the Familial Dementia Neuroimaging Lab at MGH. Their work was published in the June 1, 2020 issue of The Lancet Neurology. The article is titled “Plasma Neurofilament Light Chain in the Presenilin 1 E280A Autosomal Dominant Alzheimer's Disease Kindred: A Cross-Sectional and Longitudinal Cohort Study.” Additional co-first authors were Henrik Zetterberg, PhD, of Sahlgrenska University Hospital in Sweden, and Eric Reiman, MD, from the University of Arizona. "We wanted to determine the earliest age at which plasma NfL levels could distinguish individuals at high risk of Alzheimer's," says Dr. Quiroz, who is also an MGH Research Scholar 2020-2025. The researchers found that NfL levels increased with age among people at genetic risk because of a specific mutation (PSEN1 E280A) and began to differentiate carriers from noncarriers at age 22, an average of 22 years before their estimated age of cognitive impairment (age 44). Neurofilament light chain (NfL) is a biomarker of neurodegeneration-- damage to neurons. Measures of NfL concentrations in cerebral spinal fluid (CSF) and blood have been used to detect and track neurodegeneration in individuals with Alzheimer's disease and other brain disorders.
Login Or Register To Read Full Story
Login Register