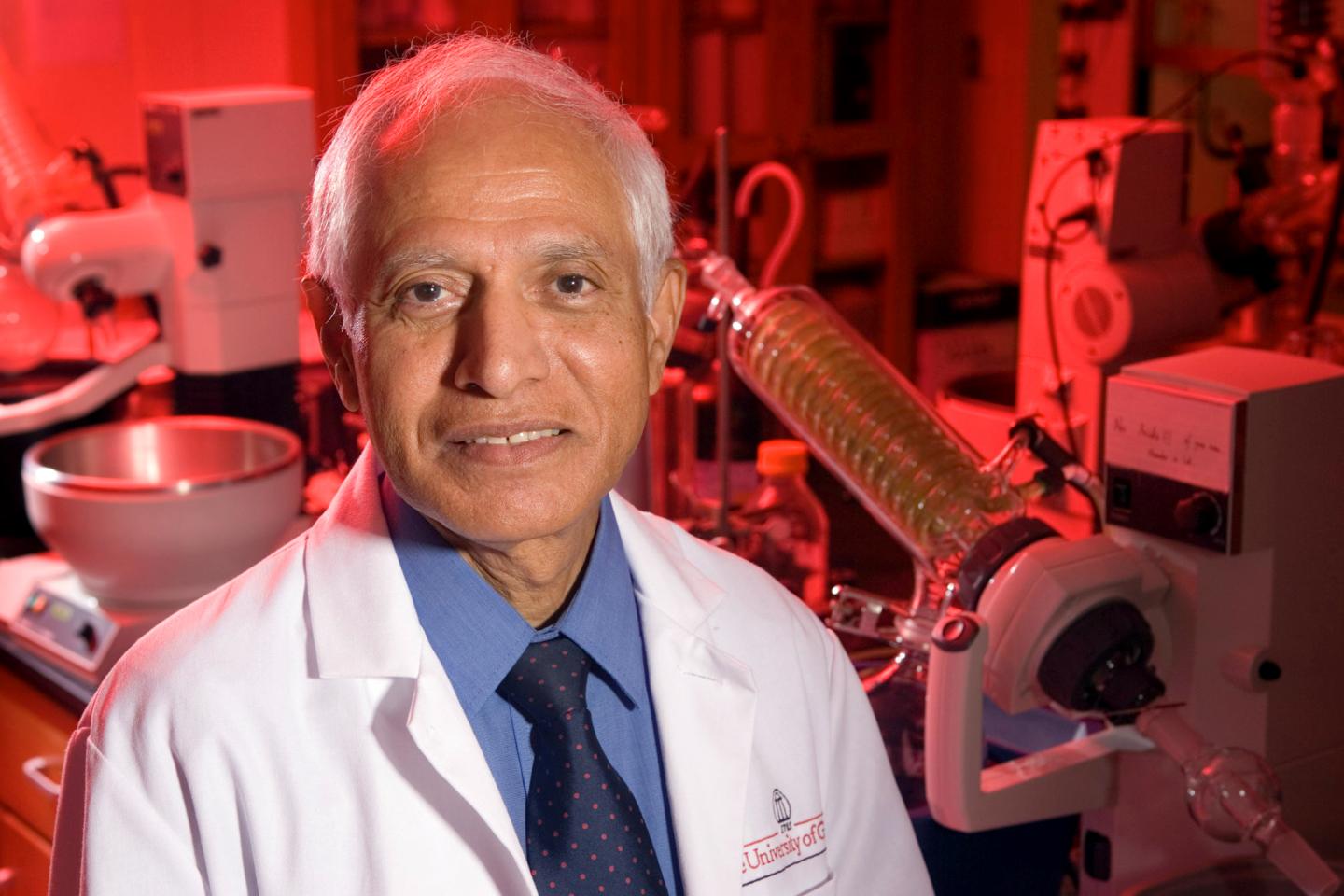 Researchers at the University of Georgia (UGA) have developed a new small molecule drug that may serve as a treatment for multi-drug resistant (MDR) tuberculosis, a form of the disease that cannot be cured with conventional therapies. The scientists describe their findings in an article available online and scheduled to be published in the March 15, 2015 issue of Bioorganic and Medicinal Chemistry Letters. The article is titled “A Novel Molecule with Notable Activity Against Multi-Drug Resistant Tuberculosis.” Nine million people contracted tuberculosis in 2013, and 1.5 million died from the disease, according to the World Health Organization (WHO). While standard anti-TB drugs can cure most people of Mycobacterium tuberculosis infection, improper use of antibiotics has led to new strains of the bacterium that are resistant to the two most powerful medications, isoniazid and rifampicin. "Multi-drug resistant TB is spreading rapidly in many parts of the world," said Dr. Vasu Nair (photo), Georgia Research Alliance Eminent Scholar in Drug Discovery in the University of Georgia (UGA) College of Pharmacy and lead author of the paper. "There is a tremendous need for new therapies, and we think our laboratory has developed a strong candidate that disrupts fundamental steps in the bacterium's reproduction process." Just as in other living organisms, the genetic information contained in M. tuberculosis undergoes a complex process known as transcription in which the bacterial enzyme, DNA-dependent RNA polymerase, or RNAP, produces TB RNA. This molecule is involved in processes that produce critical bacterial proteins that the organism needs to survive. The compound that Dr. Nair and his colleagues developed works by binding to magnesium and specific amino acids found within the bacterium, interrupting the production of RNA.
Login Or Register To Read Full Story
Login Register