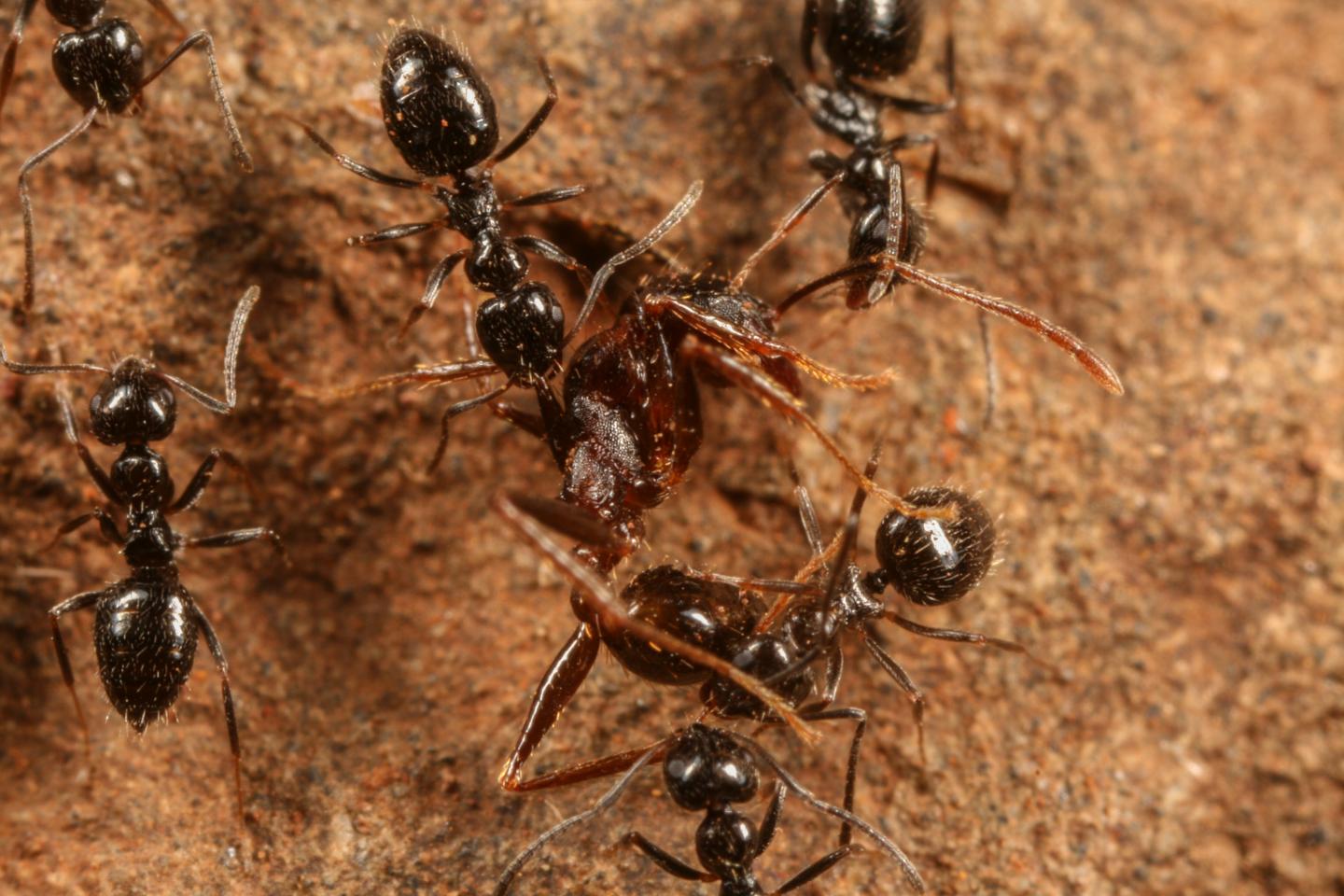 A team of scientists conducting a recent biodiversity survey in the ancient church forests of Ethiopia made an unexpected discovery -- a rather infamous ant species (Lepisiota canescens) is displaying signs of supercolony formation. According to Dr. D. Magdalena Sorger, a post-doctoral researcher with the North Carolina Museum of Natural Sciences and a key member of the team, the discovery is significant for two reasons. First, supercolony formation in ants is rare, with documented cases of only around 20 species worldwide. Second, other species in the Lepisiota genus have recently made headlines as worrisome invasive species, one in South Africa's Kruger National Park and another that shut down Australia's Darwin Port for several days. The team's findings, were published online on November 21, 2016 in Insectes Sociaux in an artice titled “Outnumbered: A New Dominant Ant Species wth Genetically Diverse Supercolonies in Ethiopia (Hymenoptera: Formicidae: Formicinae: Lepisiota).”In Ethiopia, forests frequently surround Orthodox churches, some of which are more than 1,500 years old. These forests range in size from only a few hectares to more than 400 hectares (~1,000 acres) and can be considered relict oases within largely barren land and agricultural fields. While L. canescens is native to the general region, it is now moving in large numbers into disturbed habitat like some of the more degraded church forests, but also beyond forest boundaries, into neighboring agricultural fields, and along recently constructed roads and other urban structures. And that might be just the beginning, says lead author Dr. Sorger, who worked on this study while at North Carolina State University. "The species we found in Ethiopia may have a high potential of becoming a globally invasive species.
Login Or Register To Read Full Story
Login Register