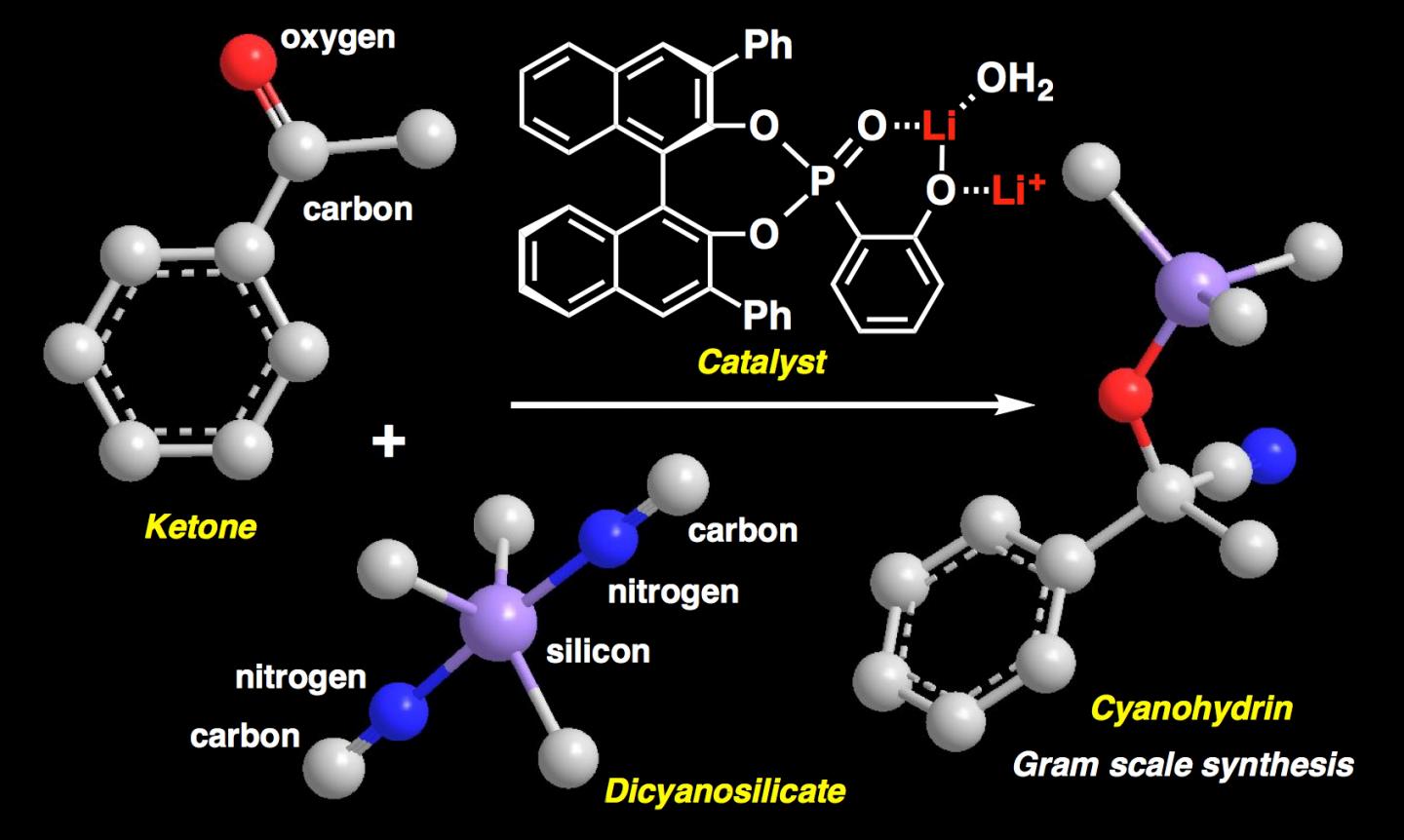 In the production of pharmaceuticals, it is extremely important to produce molecules that have the right kind of symmetry. Even products that have the same composition, but are mirror images of each other, can have different effects in the body. Considerable interest has been generated by a recent advance made by scientists at Nagoya University in Japan, which was reported online on February 2, 2016 in the journal Angewandte Chemie. Specifically, these researchers managed to modify molecules called ketones by adding chemical groups in a way that produces more of a single mirror image of the same type of molecule. The article is titled “Enantioselective Cyanosilylation of Ketones with Lithium(I) Dicyanotrimethylsilicate(IV) Catalyzed by a Chiral Lithium(I) Phosphoryl Phenoxide.” This study extends previous work on modifying ketones to produce cyanohydrins, which are useful molecules because they are precursors of carboxylic acids and some amino acids, which are the building blocks of life. The similarity of cyanohydrins and their derivatives to amino acids means that they have important pharmaceutical properties. However, in previous studies, the modification of ketones to produce cyanohydrins was inefficient and time-consuming; could only produce a small amount of desired product; and was only available for a narrow range of compounds. These obstacles have now been overcome by an innovative new reaction. "Using a new catalyst, chiral lithium(I) phosphoryl phenoxide, we have been able to add a cyano group with excellent enantioselectivity on ketones using lithium dicyanotrimethylsilicate(IV)," says Dr. Manabu Hatano, an Associate Professor at Nagoya University and the first author of the article. "This reaction had a high yield despite only a weak Lewis acid catalyst being used."
Login Or Register To Read Full Story
Login Register