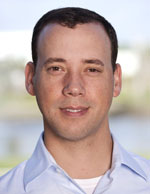 A research team at Dartmouth College has developed a new strategy for drug discovery and development that can be used to produce targeted therapies against diseases such as cancer and neurodegeneration, according to a study published online on June 4, 2019 in Nature Communications. The open-access article is titled “A Synthesis Strategy for Tetracyclic Terpenoids Leads to Agonists of ERβ.” It is hoped that the process will also be useful in the large-scale production of new pharmaceuticals. The team has already used the new approach to develop a molecule that is selectively effective against glioblastoma, without little effects on non-cancerous human neural stem cells and human astrocytes, and to the development of a potent inhibitor of the the nuclear hormone receptor estrogen receptor beta. The new technique uses a novel synthesis approach for a class of organic compounds known as tetracyclic terpenoids. Tetracyclic terpenoids are responsible for more than 100 FDA-approved drugs and are considered the most successful class of natural product-inspired pharmaceuticals. "Until now, there was nothing like this available for drug discovery and development," said Glenn Micalizio (photo), PhD, the New Hampshire Professor of Chemistry at Dartmouth. "While additional development is expected to enhance the power of this new technology, I believe that we are at the beginning of establishing a truly enabling and potentially transformative technology for the pharmaceutical industry." The process combines two new chemical reactions that establish bonds between carbon atoms with a unique metal-centered ring-forming reaction, also developed by Dr. Micalizio. The new technique allows for uniting molecular building blocks en route to developing a terpenoid skeleton in just a few chemical transformations.
Login Or Register To Read Full Story
Login Register