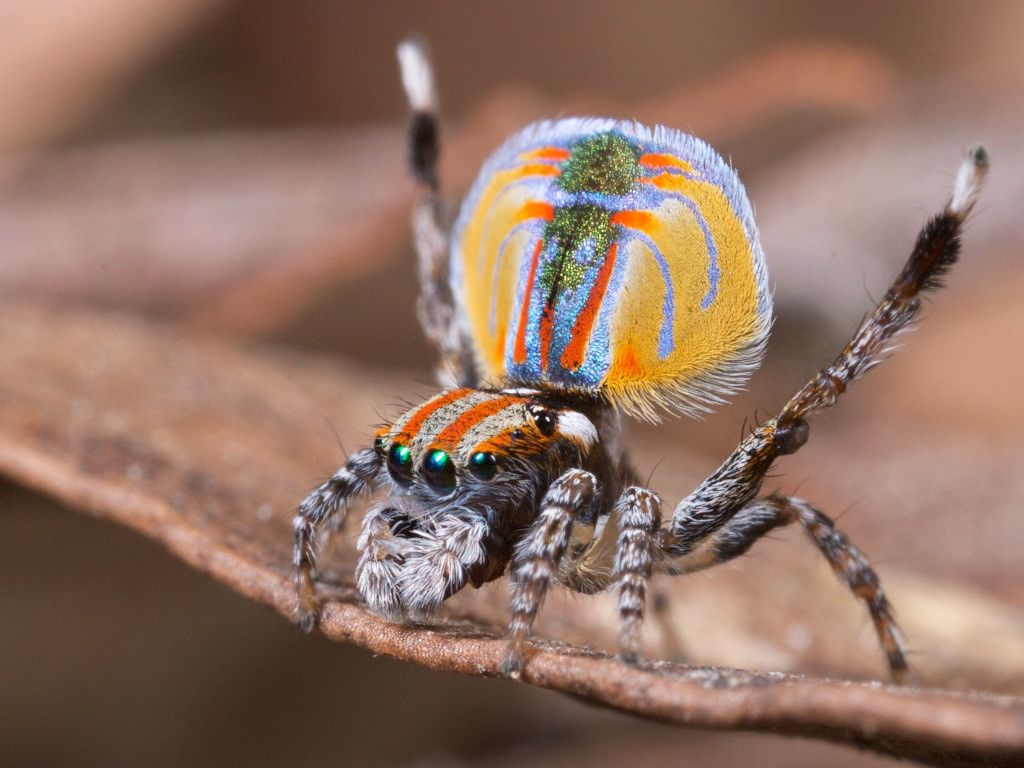 Brightly colored Australian peacock spiders (Maratus spp.) captivate even the most arachnophobic viewers with their flamboyant courtship displays featuring diverse and intricate body colorations, patterns, and movements - all packed into miniature bodies measuring less than 5 mm (~0.2 inches) in size for many species. However, these displays aren't just pretty to look at, they also inspire new ways for humans to produce color in technology. One species of peacock spider - the rainbow peacock spider (Maratus robinsoni) - is particularly impressive, because it showcases an intense rainbow iridescent signal in males' courtship displays to the females. This is the first known instance in nature of males using an entire rainbow of colors to entice females to mate. But how do males make their rainbows? Figuring out the answer was inherently interdisciplinary so Dr. Bor-Kai Hsiung - now a postdoctoral scholar at Scripps Institution of Oceanography at the University of California San Diego - assembled a team that included biologists, physicists, and engineers while he was a PhD student at The University of Akron's (UA) Integrated Bioscience PhD program under the mentorship of Dr. Todd Blackledge and Dr. Matthew Shawkey (now at University of Ghent), and supported by UA's Biomimicry Research and Innovation Center. The team included researchers from the United States - UA, Scripps Institution of Oceanography, California Institute of Technology (Caltech), and University of Nebraska-Lincoln (UNL) - Belgium (University of Gent), Netherlands (University of Groningen), and Australia to discover how rainbow peacock spiders produce this unique iridescent signal.
Login Or Register To Read Full Story
Login Register