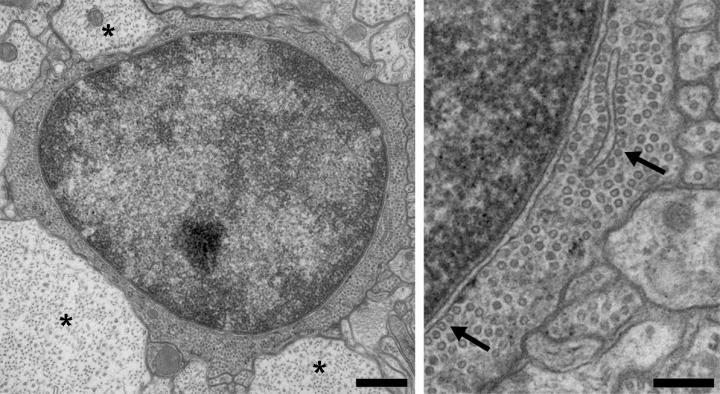 After a 29-year quest, Dr. Ian Duncan, a Professor of Veterinary Medicine at the University of Wisconsin-Madison, has finally pinpointed the cause of a serious neurologic disease in a colony of rats.” His new study, carried out with collaborators was published, online on April 10, 2017 in the journal Annals of Neurology, is more than the conclusion of a personal and intellectual odyssey, however. Dr. Duncan has just shown that the rat abnormality closely resembles a rare human mutation that results in severe neurologic dysfunction. The human disease can affect many parts of the brain and has been called H-ABC. Crucially, both abnormalities affect the production and maintenance of myelin -- the white, fatty insulation that nerves need to carry electrical signals. The deterioration of myelin in the brain causes the common neurologic disorder multiple sclerosis. Myelin defects are also at the root of the leukodystrophies -- genetic disorders that include H-ABC. Dr. Duncan's examination of nervous system tissue from both conditions revealed a telltale overgrowth of tiny tubes known as microtubules in oligodendrocytes, the cells that make myelin and deposit it on nerve fibers. The Annals study offers a window on a rare disease -- and also on the broader issue of myelin formation. "For a human disease, we have provided a model that did not exist before," Dr. Duncan says, "and we've shown that it's based on microtubule accumulation in oligodendrocytes. Now we've seen similar changes in the rats and the human cells." The new article is titled “A Mutation in the Tubb4a Gene Leads to Microtubule Accumulation With Hypomyelination and Demyelination." The roots of the new publication include a chance observation by two Chilean scientists, a couple of eyebrow-raising trips across the U.S.
Login Or Register To Read Full Story
Login Register