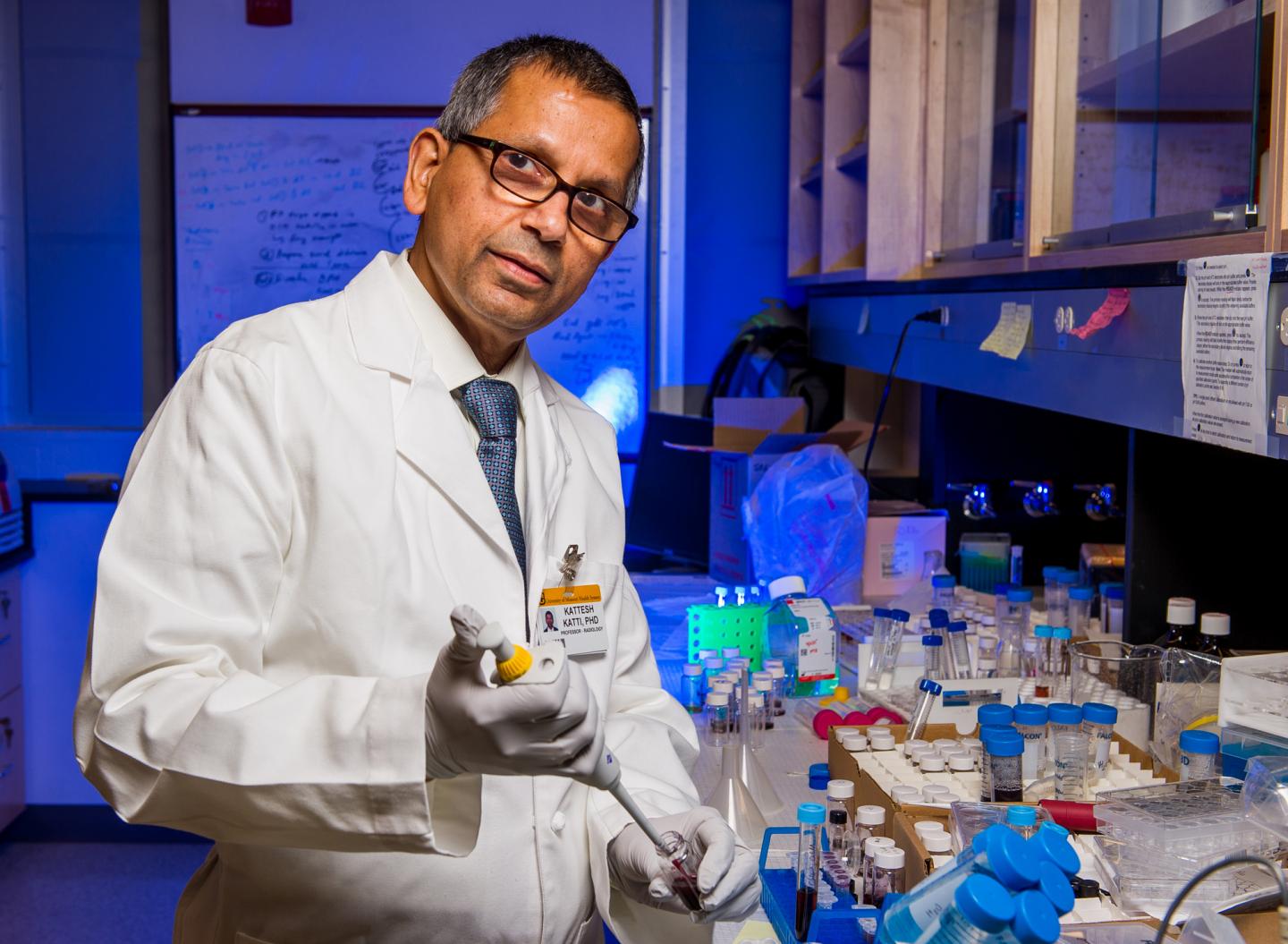 According to the American Cancer Society, more than 700,000 new cases of liver cancer are diagnosed worldwide each year. Currently, the only cure for the disease is to surgically remove the cancerous part of the liver or to transplant the entire organ. However, an international study led by University of Missouri (MU) School of Medicine researchers has proven that a new, minimally invasive approach targets and destroys precancerous tumor cells in the livers of mice and in vitro human cells. "The limitations when treating most forms of cancer involve collateral damage to healthy cells near tumor sites," said Kattesh Katti (photo), Ph.D., Curators' Professor of Radiology and Physics at the MU School of Medicine and lead author of the study. "For more than a decade we have studied the use of nanotechnology to test whether targeted treatments would reduce or eliminate damage to nearby healthy cells. Of particular interest has been the use of green nanotechnology approaches pioneered here at MU that use natural chemical compounds from plants." The study was conducted in the United States and Egypt, and it involved the use of gold nanoparticles encapsulated by a protective stabilizer called gum Arabic. The nanoparticles were introduced to the livers of mice intravenously and were heated with a laser through a process known as photothermal therapy. "Gum Arabic is a natural gum made of the hardened sap from acacia trees," said Dr. Katti, who also serves as director of the MU Institute of Green Nanotechnology and is the Margaret Proctor Mulligan Distinguished Professor of Medical Research at the MU School of Medicine. "It is FDA-approved for human consumption and is primarily used in the food industry as an additive.
Login Or Register To Read Full Story
Login Register