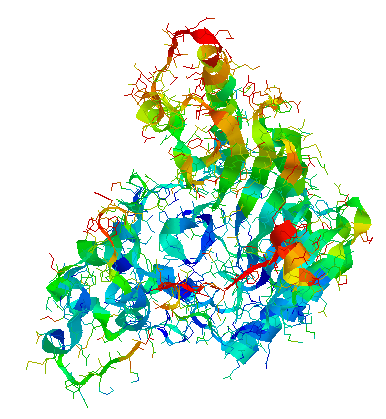 A Purdue University scientist's nanopolymer would make it easier and cheaper for drug developers to test the effectiveness of a widely used class of cancer inhibitors (kinase inhibitors). Dr. W. Andy Tao, an associate professor of biochemistry analytical chemistry and a member of the Purdue Center for Cancer Research team, created the Purdue-patented pIMAGO nanopolymer that can be used to determine whether cancer drugs have been effective against biochemical processes that can lead to cancer cell formation. The nanopolymers would attach themselves to target proteins that would later be detected by a relatively simple laboratory procedure called chemiluminescence. Tymora Analytical, a company Tao started in the Purdue Research Park, will manufacture the pIMAGO nanopolymers. The 'p' stands for phosphor, and the IMAGO comes from the Greek word for image. Tao's pIMAGO nanopolymers are coated in titanium ions and would attract and bond with phosphorylated proteins, ones in which a phosphate group has been added to a protein activating an enzyme called kinase. Kinase, when overactive, is known to cause cancer cell formation, and many cancer drugs are aimed at inhibiting kinase activity. “It is universal. You can detect any kind of phosphorylation in a protein," said Tao, whose findings were reported online on March 11, 2011, in the journal Analytical Chemistry. "It is also cheaper and would be more widely available." The nanopolymers would be added to a solution of proteins, a chemical agent to start phosphorylation and a drug to inhibit kinase activity. Phosphorylated proteins would only be present if the drug is ineffective. Avidin-HRP - the protein Avidin bound with the enzyme horseradish peroxidase - would be added. Avidin would bind with a vitamin B acid called biotin that is also on the nanopolymers' surfaces.
Login Or Register To Read Full Story
Login Register