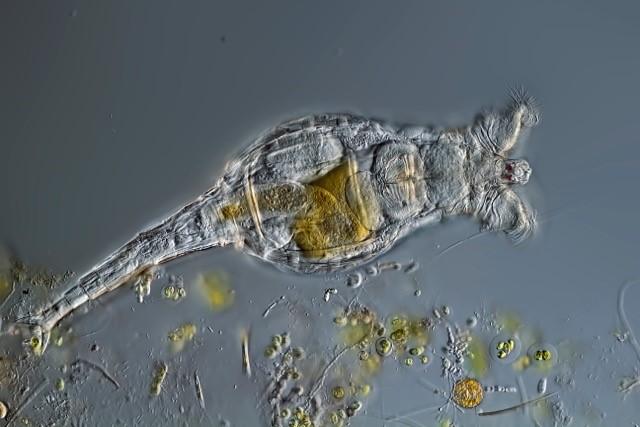 A new study has cast doubt on leading theory for how tiny creatures have evolved for tens of millions of years - without ever having sex. Most animals reproduce sexually, a process which shuffles genes from parent to offspring. This makes natural selection more efficient and allows animals to evolve defenses against changing environmental conditions more rapidly, especially new diseases. Bdelloid rotifers however appear to be an exception to this rule: they are all female, and their offspring are clones of their mothers. Bdelloids are microscopic animals that live in freshwater and damp habitats across the world. Despite their apparent lack of sex, we know they have evolved for tens of millions of years into more than 500 species. By studying their genomes - the set of all the genes that define an animal's characteristics - researchers thought they had identified an explanation for how bdelloids had 'gotten away' with no sex for millions of years. However, a new study, published online on April 24, 2018 in PLOS Biology and led by Imperial College London researchers, reveals this mechanism may not be the main explanation for the bdelloids' success. The article is titled “Comparative Genomics of Bdelloid Rotifers: Insights from Desiccating and Nondesiccating Species.” Many species of bdelloid endure periods of drying out, called desiccation. Although they survive desiccation, the process damages their DNA, which they need to repair when rehydrated. Based on results of a previous study of the genome of a species that survives desiccation, researchers had proposed that the repair of DNA might remove some of the problems of being asexual, for example by removing harmful mutations and possibly allowing occasional recombination of genes to occur.
Login Or Register To Read Full Story
Login Register