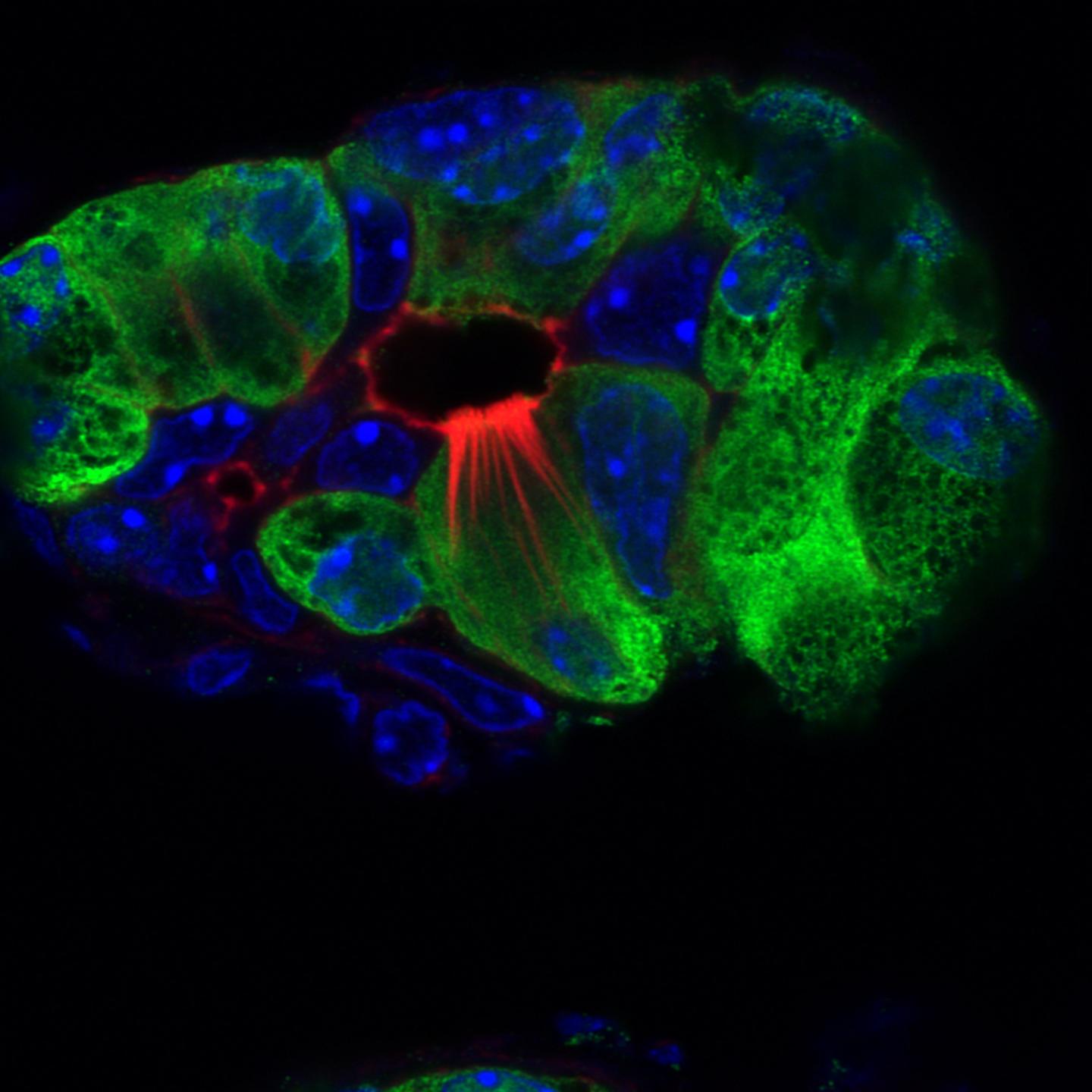 Persistent inflammation of the pancreas (chronic pancreatitis) is a known risk factor for developing pancreatic cancer, the third-deadliest cancer in the United States. Tuft cells (cells sensitive to chemical (chemosensory) changes typically found in the intestines and respiratory tract) had previously been discovered in the pancreas, but their function has largely remained a mystery. Now, a team of Salk Institute scientists, led by Professor Geoffrey Wahl, PhD, and Staff Scientist Kathleen DelGiorno, PhD, has uncovered the formation of tuft cells during pancreatitis and the surprising role of tuft cells in immunity, using mouse models of pancreatitis. The findings, published online in Frontiers in Physiology on February 14, 2020, could lead to the development of new biomarkers to test for pancreatitis and pancreatic cancer. The open-access article is titled “Tuft Cell Formation Reflects Epithelial Plasticity in Pancreatic Injury: Implications for Modeling Human Pancreatitis.” "By understanding these early stages of pancreas disease, we hope our work will lead to the development of new strategies to diagnose and treat pancreatitis and pancreatic cancer early on," says Dr. Wahl, co-corresponding author and holder of the Daniel and Martina Lewis Chair in Salk's Gene Expression Laboratory. The pancreas is an abdominal organ that plays a role in digestion and blood sugar regulation. Yet, scientists know little about how the pancreas recovers from injuries, such as pancreatitis, or fights off pancreatic cancer. Most of the pancreas is composed of acinar cells, which produce and secrete digestive enzymes. Acinar cells also have the ability to transform into another type of cell called a tuft cell.
Login Or Register To Read Full Story
Login Register