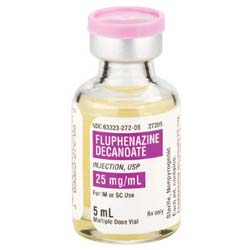 In a study published online on January 31, 2014 in the open-access journal PLOS ONE, researchers from Children's Hospital of Pittsburgh of the UPMC and the University of Pittsburgh (Pitt) School of Medicine (UPMC) used a primitive worm model to show that a drug typically used to treat agitation in schizophrenia and dementia has potential as a treatment for alpha-1 antitrypsin (AT) deficiency, an inherited disease that causes severe liver scarring. In the classic form of AT deficiency, which affects 1 in 3,000 live births, a gene mutation leads to production of an abnormal protein, dubbed ATZ, that, unlike its normal counterpart, is prone to clumping, explained David H. Perlmutter, M.D., physician-in-chief and scientific director, Children's Hospital of Pittsburgh, and Distinguished Professor and Vira I. Heinz Endowed Chair, Department of Pediatrics, UPMC. "These protein aggregates accumulate in liver cells and eventually lead to scarring of the organ or to tumor formation," Dr. Perlmutter said. "If we could find a drug that slows or stops this process, we might be able to prevent the need for liver transplantation in these patients." To find that drug, Dr. Perlmutter's team worked with Pitt's Stephen Pak, Ph.D., assistant professor of pediatrics, and Gary Silverman, M.D., Ph.D., Twenty-Five Club Professor of Pediatrics, Cell Biology and Physiology, who developed a model of AT deficiency in Caenorhabditis elegans, or C. elegans, a harmless microscopic worm or nematode typically found in soil. Previous experiments conducted by Drs. Pak and Silverman, in which more than 2,000 compounds were screened, showed that fluphenazine, a drug approved for human use as a mood stabilizer, could reduce ATZ accumulation in the worm, so the team studied it further.
Login Or Register To Read Full Story
Login Register