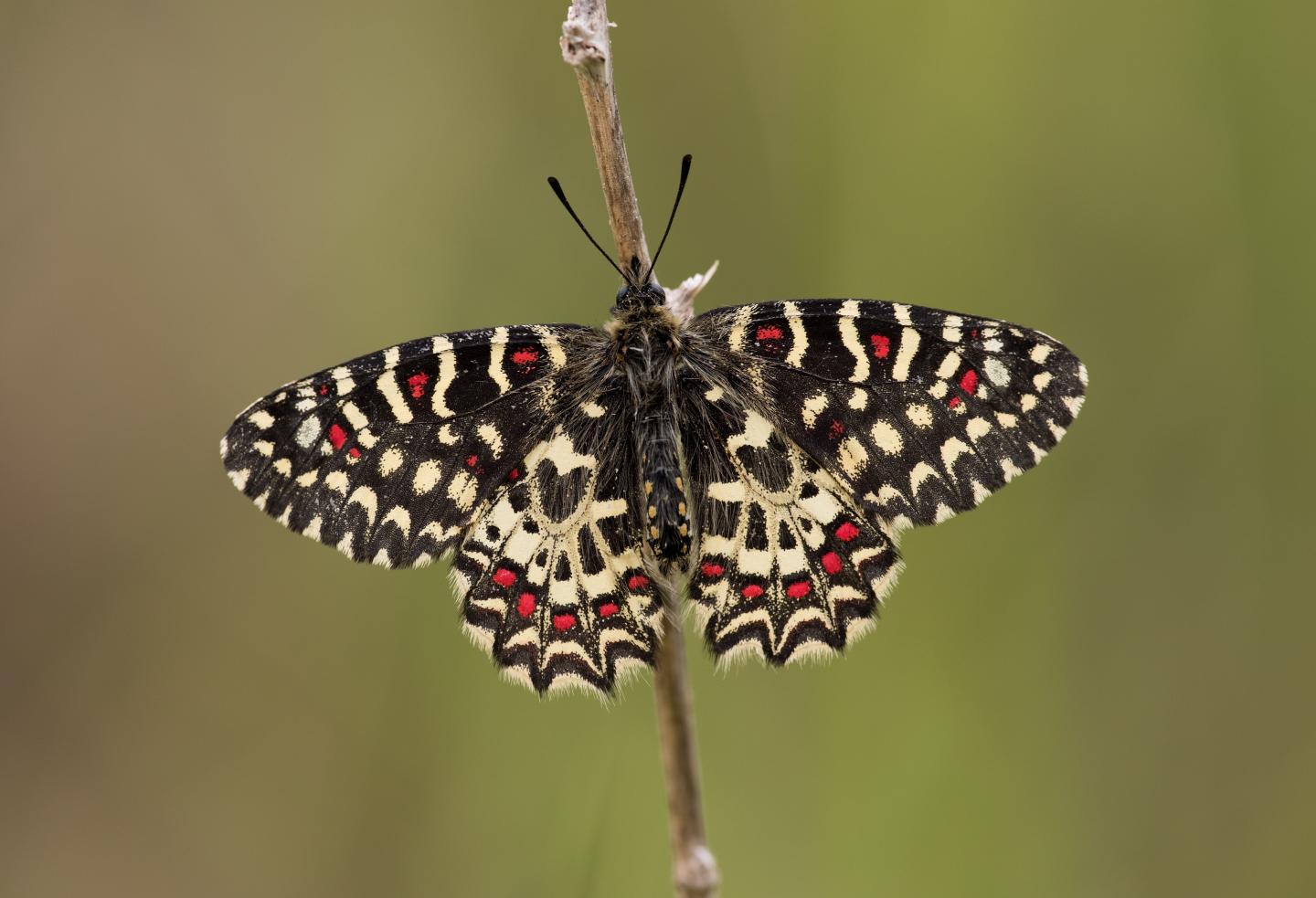 Since 2006, a team of researchers has sequenced the mitochondrial DNA of all the known species of butterflies on the Iberian peninsula (228) and its main populations. The result is a report that compiles more than 3500 genetic sequences of all the species, which have been compared to the genetic sequences of other European buttefly populations. The open-access article was published online on July 24, 2015 in Scientific Reports. It is titled “DNA Barcode Reference Library for Iberian Butterflies Enables a Continental-Scale Preview of Potential Cryptic Diversity.” The paper has 277 pages of supplementary material, including pictures and 80 maps of the geographical distribution of the butterfly genetic lineages identified. This is the first time that the butterfly community of two entire countries (Spain and Portugal) has been thoroughly analyzed. Surprisingly, the mtDNA sequences obtained suggest that up to the 28% of the analyzed species could be totally new to science. These species could have been undetected until now because of the difficulties in distinguishing them from others that are morphologically very similar. The results of this research will be very useful to guide future studies of butterfly biodiversity and improving their conservation, establishing priorities, and avoiding the mixing up of divergent lineages. "Knowing the exact number of species and differentiating them is essential for their protection," says the article’s senior author Dr. Roger Vila, Institut de Biologia Evolutiva (CSIC-Universitat Pompeu Fabra, Barcelona, Spain). The CSIC is the Spanish National Research Council. Also, adds Dr.
Login Or Register To Read Full Story
Login Register