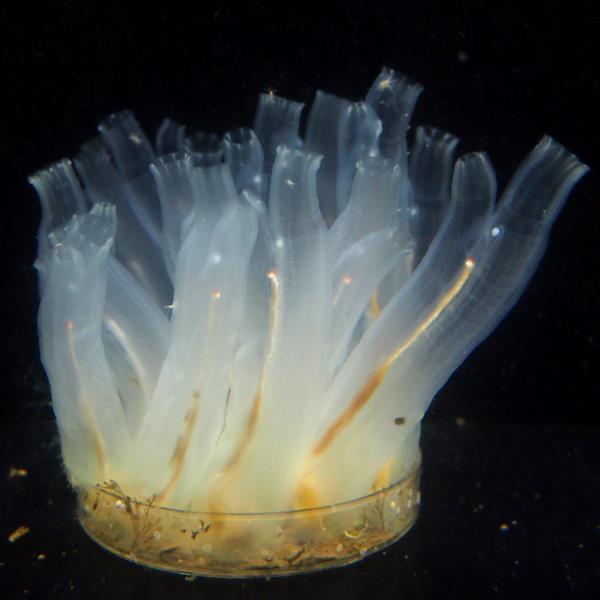 The transfer of genes from one organism to another is potentially a rapid way for evolution to occur and for complicated novel functions to emerge. However, even when the two organisms in question are in close proximity to each other, such as in a symbiotic or parasitic relationship, the transfer of genetic material and its introduction into a new genome only marks the initial step for successful horizontal gene transfer. It is also necessary for the gene to be expressed in a way that benefits the new host and ensures that it is passed down through the generations. In a new discovery that increases our understanding of gene transfer, a research team centered at the University of Tsukuba in Japan has studied a gene in marine invertebrates (ascidians) that originally came from a common bacterium. The team has revealed the likely mechanism by which this gene ended up being expressed in a functionally important and tissue-specific way in ascidians. The work is described in an article "Transcriptional Regulation of a Horizontally Transferred Gene from Bacterium to Chordate" that was published in Proceedings of the Royal Society of London B on December 21, 2016. The team focused on marine filter feeders called ascidians and their cellulose synthase gene. This gene encodes a protein that helps form an external protective coating, the loss of which leads to a lack of cellulose production and has adverse effects on these organisms. This gene is specifically expressed in the protective outer layer of cells called the epidermis, which was suggested to be key to its coating-related function. "We showed that a region adjacent to the cellulose synthase gene is responsible for its specific epidermal expression," study co-author Dr. Yosuke Ogura says.
Login Or Register To Read Full Story
Login Register