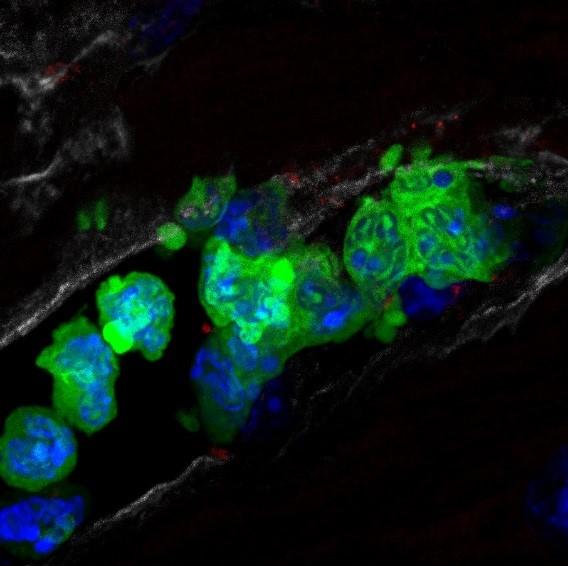 Scientists at the Centro Nacional de Investigaciones Cardiovasculares Carlos III (CNIC) in Madrid, Spain, together with collaborators, have discovered a new mechanism of action of metoprolol, a drug that can reduce the damage produced during a heart attack if administered early. The team led by Dr. Borja Ibáñez, Clinical Research Director at the CNIC and cardiologist at the Fundación Jiménez Díaz University Hospital Health Research Institute (IIS-FJD), has identified the mechanism that explains why this drug is so beneficial: rapid administration of metoprolol during a heart attack directly inhibits the inflammatory action of neutrophils, a type of blood cell. The reduced inflammation translates into a smaller area of damaged tissue in the post-infarcted heart. The finding, published on April 18, 2017 in Nature Communications, opens the way to new applications for this cheap, safe, and simple drug. The article is titled “Neutrophil Stunning by Metoprolol Reduces Infarct Size.” Acute myocardial infarction is a serious disease that affects more than 50 000 people a year in Spain. Treatment has advanced a great deal in recent years, especially in the extensive use of coronary angioplasty, in which a catheter is used to re-establish blood flow through the blocked coronary artery. Nevertheless, many heart attack survivors have seriously impaired heart function that limits their long-term health and generates major costs to the health system. The search for treatments to limit the irreversible damage caused by a heart attack is an extremely important research area in terms of both patient care and health policy. Neutrophils are white blood cells that target and fight infections.
Login Or Register To Read Full Story
Login Register