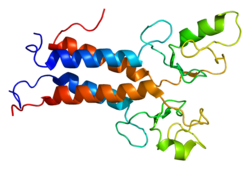 Patients seeking certainty in genetic tests often receive a perplexing result. Many learn they carry a “variant of unknown significance” of a disease-linked gene. Such variants might -- or equally might not -- increase disease risk. A study published in the June 2015 issue of the journal Genetics characterized nearly 2000 variants of the breast cancer-associated gene BRCA1, demonstrating the potential of a new approach for sorting out which variants are harmful and which are harmless. The article is titled “Massively Parallel Functional Analysis of BRCA1 RING Domain Variants.” Because genetic tests increasingly use more comprehensive multi-gene and whole-genome sequencing methods, it is becoming more common for patients to learn they carry a variant of unknown significance. For example, a 2014 study showed 42 percent of breast cancer patients who received results from a 25-gene hereditary cancer genetic test carried a variant of unknown significance in one of the scanned genes. “There's not much you can do with this information, except worry,” says lead author Lea Starita, Ph.D., of the University of Washington. “We hope to reduce some of the uncertainty by driving forward technologies for efficient functional testing of gene variants.” The team used the BRCA1 gene as a test case for their approach because more is known about the functions and sequence variants of BRCA1 than many other genes associated with disease. Normally, BRCA1 codes for a protein (image) that regulates how the body repairs DNA mutations. People who carry a known pathogenic BRCA1 variant have a higher risk of breast and ovarian cancers because the encoded protein is faulty; it fails to properly regulate DNA repair and allows cancer-causing mutations to accumulate. But not all BRCA1 variants are pathogenic.
Login Or Register To Read Full Story
Login Register