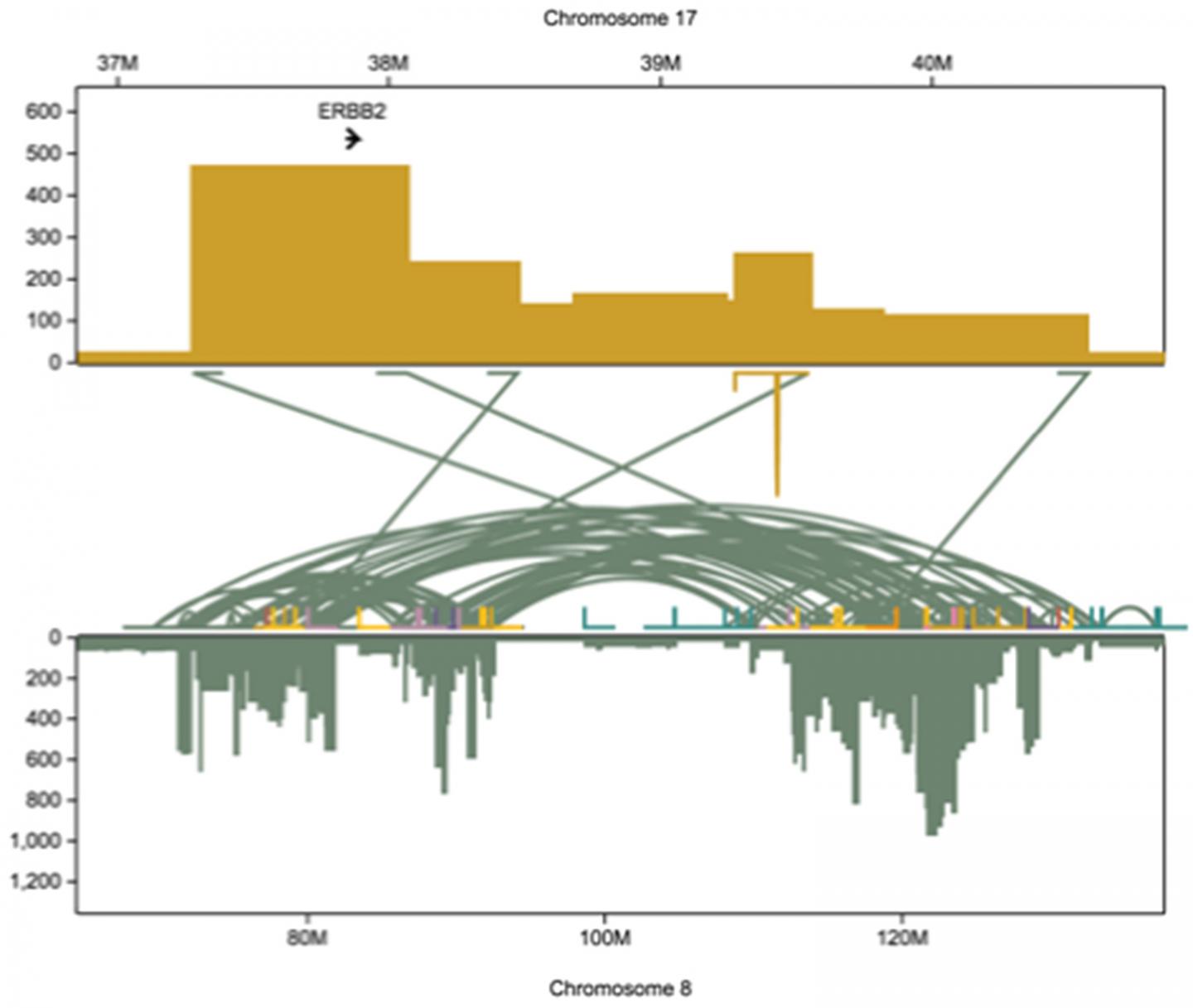 In cancer cells, genetic errors wreak havoc. Misspelled genes, as well as structural variations -- larger-scale rearrangements of DNA that can encompass large chunks of chromosomes -- disturb carefully balanced mechanisms that have evolved to regulate cell growth. Genes that are normally silent are massively activated and mutant proteins are formed. These and other disruptions cause a plethora of problems that cause cells to grow without restraint, cancer's most infamous hallmark. On June 28, 2018, scientists at Cold Spring Harbor Laboratory (CSHL) published online in Genome Research one of the most detailed maps ever made of structural variations in a cancer cell's genome. The map reveals about 20,000 structural variations, few of which have ever been noted due to technological limitations in a long-popular method of genome sequencing. The article is titled “Complex Rearrangements and Oncogene Amplifications Revealed by Long-Read DNA and RNA Sequencing of a Breast Cancer Cell Line.” The team, led by sequencing experts Dr. Michael C. Schatz and Dr. W. Richard McCombie, read genomes of the cancer cells with so-called long-read sequencing technology from Pacific Biosciences. This technology reads much lengthier segments of DNA than older short-read technology. When the results are interpreted with two sophisticated software packages recently published by the team, two advantages are evident: long-read sequencing is richer in terms of both information and context. It can, for instance, make better sense of repetitive stretches of DNA letters - which pervade the genome - in part by seeing them within a physically larger context.
Login Or Register To Read Full Story
Login Register