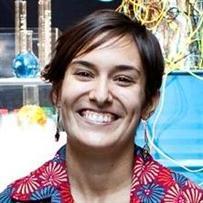 Research conducted by the scientists at Spain’s University of Valencia (UV) and Jaume I University of Castellón (UJI), among other institutions, has found alterations to the structure of the brain’s nonapeptidergic systems, social behavior, and the production of pheromones--traits that reveal sexual dimorphism--in male mice with a lack of the Mecp2 gene. In humans, mutations of this gene cause Rett syndrome, a rare disease of neural development which causes, among other symptoms, a loss of speech and of the ability to walk, traits of autistic diseases, and epilepsy. Nonapeptides--peptide chains with nine amino acids such as oxytocin and vasopressin--are located in the cerebral nuclei that govern social behavior, which is why they, especially oxytocin, have been proposed, as possible therapies for autism disorders and related syndromes. Rett syndrome is a rare disease of neural development caused by mutations to human gene MECP2, which mainly affects young girls, and which had traditionally been classified under the umbrella of autism disorders. To study whether the nonapeptidergic systems are impaired in Rett syndrome, which would thus justify their use as therapeutic targets, the team has analyzed them in the brain of a Mecp2-null mouse brain. The research results were published online on August 4, 2020, in Brain Structure & Function. The article is titled “Male-Specific Features Are Reduced in Mecp2-Null Mice: Analyses of Vasopressinergic Innervation, Pheromone Production, and Social Behaviour.”
Login Or Register To Read Full Story
Login Register