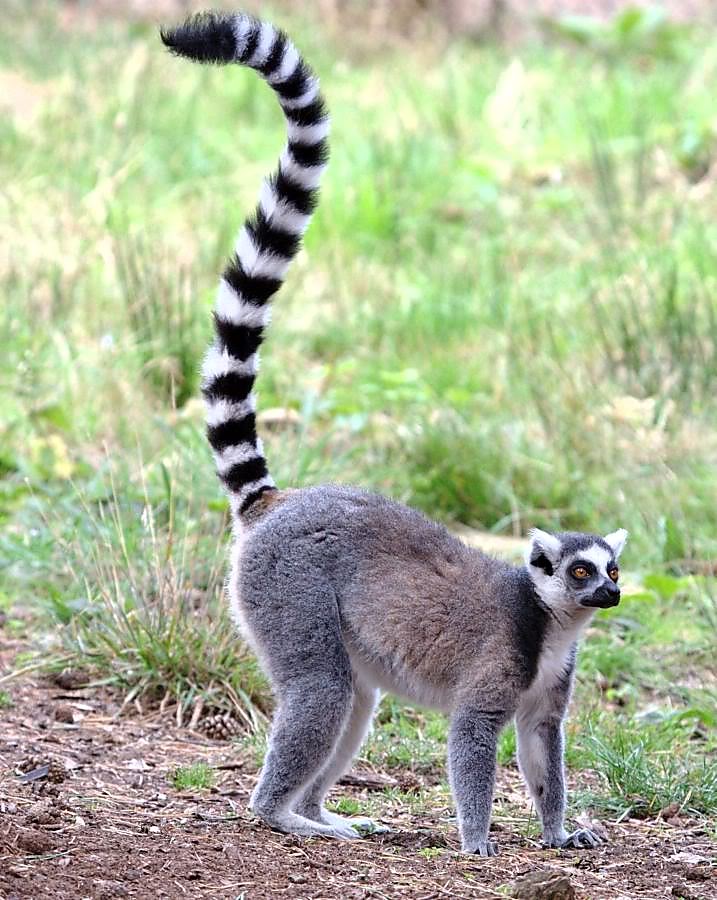 In an article published online in Current Biology on April 16, 2020, scientists reported that male ring-tailed lemurs (Lemur catta) become more attractive to females by secreting a fruity and floral aroma from their wrists. Using detailed chemical analysis, the researchers identified three compounds responsible for this sweet scent, marking the first time that pheromones have been identified in a primate. The open-access article is titled “Key Male Glandular Odorants Attracting Female Ring-Tailed Lemurs.” "During the yearly breeding season, male lemurs rub the glands on their wrists against their fluffy tails and then wave them at females in a behavior called 'stink flirting,'" says senior author Kazushige Touhara, PhD, Professor and biochemist at the University of Tokyo. Ring-tailed lemurs have well-developed scent glands on their shoulders and wrists. These glands are typically used to designate social rank, territory, and reproductive status. However, behavioral observations show they also use their scent glands to catch the attention of females. "Because only ring-tailed lemurs have these wrist glands and exhibit 'stink flirting' behavior, we reasoned that specific odorants for sexual communication must be involved," Dr. Touhara says. At the Japanese Monkey Center (JMC) in Aichi and The Research Institute of Evolutionary Biology in Tokyo, Japan, Dr. Touhara and his team tracked the behavior of a conspiracy of ring-tailed lemurs. They observed that female lemurs sniffed the scent markings left by males more often and for longer periods of time during the breeding season--when females are sexually receptive.
Login Or Register To Read Full Story
Login Register