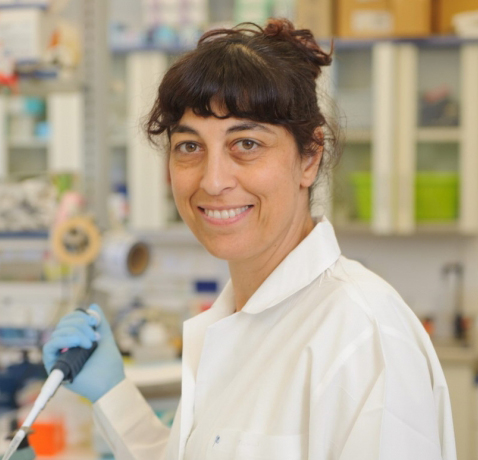 Red blood cells (RBCs) are the body's lifeline, but they also serve as the perfect hosts for one of the deadliest infectious organisms: the malaria parasite. About two weeks after infecting the body, the deadliest malaria parasite, Plasmodium falciparum (Pf), launches its invasion, rapidly taking over masses of red blood cells so as to grow within them. That's when the disease can turn life-threatening, ultimately killing approximately a thousand children around the world every day. Two research teams at the Weizmann Institute of Science in Israel have joined forces to reveal what enables the malaria parasite to mount such an effective takeover. Neta Regev-Rudzki (photo) (http://www.weizmann.ac.il/Biomolecular_Sciences/Regev/home), PhD, Senior Scientist, and her team in the Weizmann’s Biomolecular Sciences Department discovered that tiny sac-like "packages" called extracellular vesicles (EVs), released by Pf, contain peculiar cargo: including a cellular protein-degrading machine called a proteasome (https://en.wikipedia.org/wiki/Proteasome), which normally breaks down misfolded or unneeded proteins. Departmental colleague Professor Michal Sharon (phote below) (http://www.weizmann.ac.il/Biomolecular_Sciences/MichalSharon/), PhD, Principal Investigator, whose team specializes in studying proteasomes, suggested that the two labs combine their expertise to figure out what, if anything, those proteasomes are doing in the malaria EVs. The joint study--led by PhD student Elya Dekel from Dr. Regev-Rudzki's lab and postdoctoral fellow Dr. Dana Yaffe from Professor Sharon's lab--uncovered an extraordinary strategy by which the malaria parasite harnesses the proteasome for its own purpose: priming naïve RBCs for the coming invasion. Their results were published online on February 19, 2021 in Nature Communications (https://www.nature.com/articles/s41467-021-21344-8).
Login Or Register To Read Full Story
Login Register