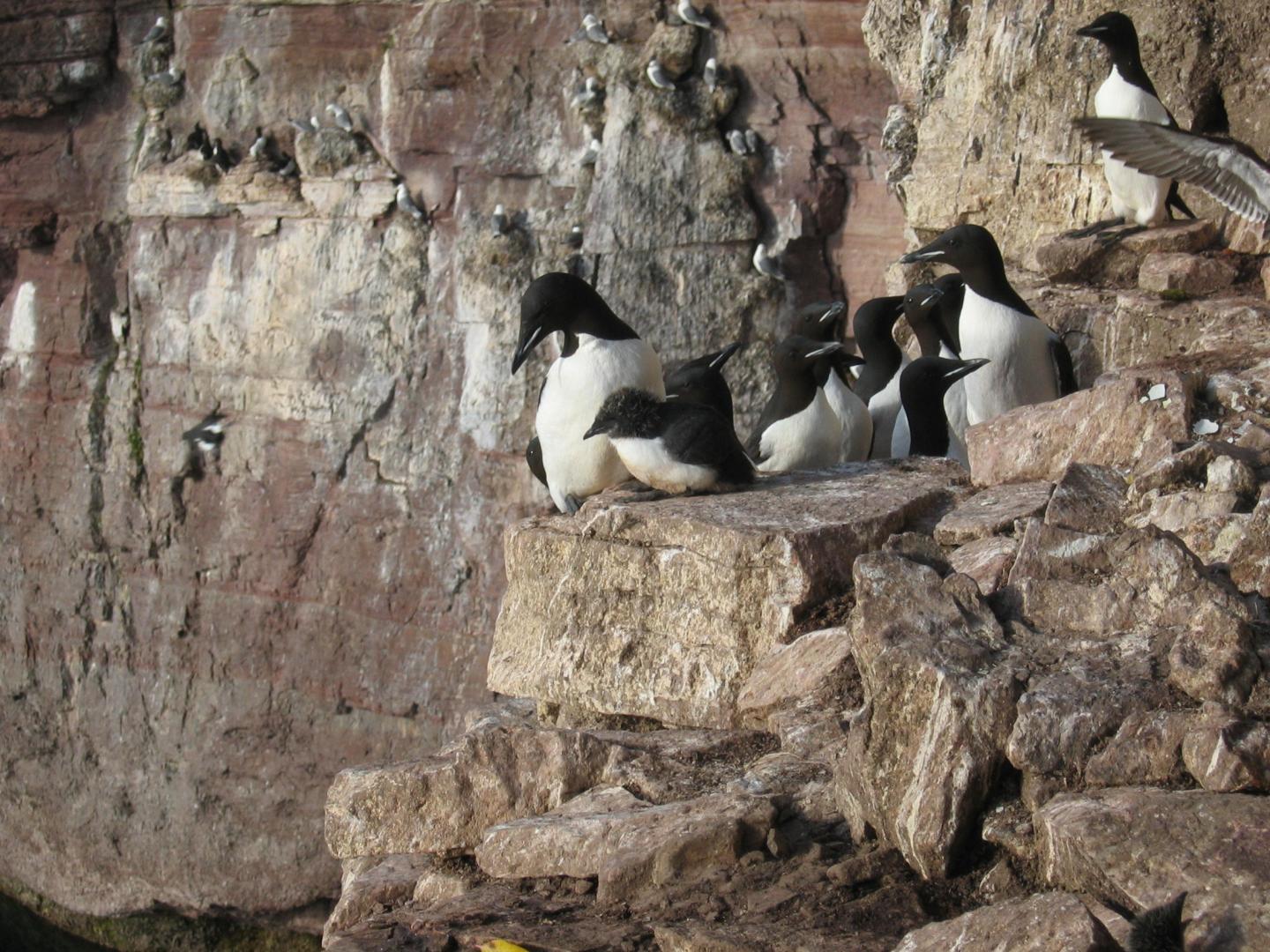 Before they have the wing span to actually permit them to fly, young guillemots (also known as murres) leap hundreds of meters off towering cliffs and flutter down towards the sea, guided by their fathers. Scientists have long wondered why these tiny chicks make this remarkable leap, hoping to avoid the rocks below them, in what seems an unlikely survival strategy for a species. It had earlier been suggested that murre offspring headed off to sea once the chicks reached about one-quarter of their adult size and were large enough to defend themselves from potential predators and too large to be fed at the colony--so that this seemingly death-defying behavior could be better understood as being, in some ways, a tradeoff between the safety offered in the colony and the fast growth rates at sea, where more food is available. But after tracking the behavior of murre fathers and their offspring for six weeks in murre colonies in some of the most remote locations on the globe, in Nunavut, Greenland, and islands off Newfoundland, scientists have discovered that mortality rates were similar between chicks at sea and in the colonies. Moreover, the team, which was made up of researchers from McGill and Memorial Universities in Canada and Aarhus and Lund Universities in Denmark and Sweden, discovered that chicks at sea grew at roughly twice the speed of those at the colony, because the murre fathers no longer needed to fly back and forth to the colony to feed them. Unusually among animals, after three weeks of care by both parents, it is the father who then spends 5 to 7 weeks rearing the offspring by himself on the high seas. Meanwhile, the mother spends her time back at the colony, copulating with paramours to choose a potential suitor should her mate not return the next year. The study documented the hard work done by the father.
Login Or Register To Read Full Story
Login Register