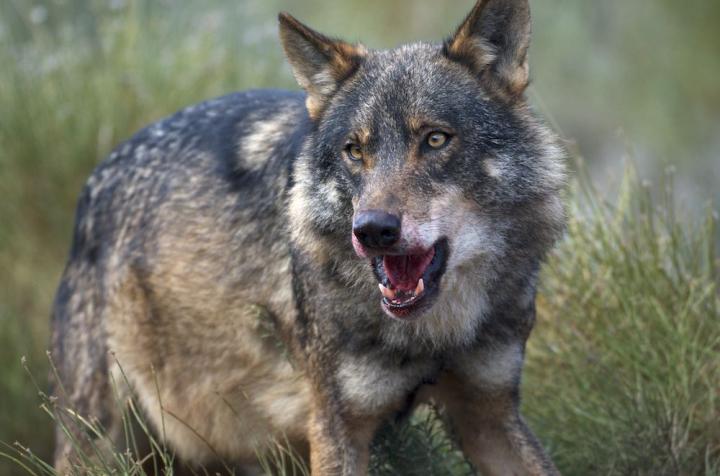 The Creutzfeldt-Jakob prion-caused disease crisis in Europe was a turning point for the diet of the Galician wolf in Spain, which, until the year 2000, had primarily fed on the carrion of domestic animals. A new study shows that, after European health regulations made it illegal to abandon dead livestock, wolves started to consume more wild boars, roe deer, and wild ponies, and also began to attack more cattle ranches when faced with food shortages in certain areas. With the arrival of bovine spongiform encephalopathy - commonly known as mad cow disease - in Europe, the European Community had to enforce a number of laws in the year 2000 in order to prevent the disease from spreading. Among other things, it became illegal to abandon the carcasses of ruminants that had died on farms; up until then, this had been an important food source for wolves. From then on, having been adopted by every European country, this measure began to affect a number of scavenger species, especially the vultures that lived on the Iberian Peninsula. But they weren't the only victims; the Iberian wolf (Canis lupus signatus) was also affected. A team of researchers has analyzed the dietary evolution of Galician canines by examining two time periods: before the European law was established (from the '70s up to the year 2000) and afterwards (from 2003 to 2008). Besides this legislation, a combination of other changes also affected the wolves, such as reductions in the quantity of livestock, rural depopulation, and the reforestation of agricultural land, which boosted the number of wild ungulates. The new study, published in the October 2015 issue of Environmental Management, indicates two very different dietary patterns for the two time periods.
Login Or Register To Read Full Story
Login Register