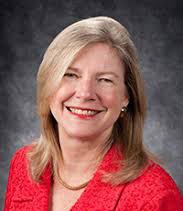 SETD2 (SET Domain Containing 2, Histone Lysine Methyltransferase) is a protein well known as a chromatin remodeler, one that helps turn genes on or off by modifying histone proteins in the nucleus of the cell. When researchers discovered that SETD2 is mutated or lost in several cancer types, most commonly a type of kidney cancer called clear-cell renal cell carcinoma, all eyes turned toward SETD2 function in the nucleus of the cell to explain these cancers. In 2016, the lab of Cheryl Walker (photo), PhD, Director of the Center for Precision Environmental Health at Baylor College of Medicine, made the unexpected discovery that SETD2 not only remodels chromosomes in the nucleus, but also microtubules of the cytoskeleton outside the nucleus. The cytoskeleton is a dynamic network of interlinking protein thread-like structures, including filaments and microtubules that extend throughout the cell. It gives a cell its shape and internal organization and provides mechanical support that enables cells to carry out essential functions like division and movement. The Walker team found that SETD2 tags cytoskeleton microtubules with a methyl group. Loss of SETD2 resulted in defective delivery of chromosomes and problems with the separation of daughter cells during cell division. "Our findings suggested that defects in SETD2 could not only affect gene expression but also functions controlled by the cytoskeleton, such as movement, metastasis, and migration, which are very important for cancer cells," Dr. Walker said. "We wondered whether SETD2 might target other cytoskeletal proteins." Actin proteins, which form the filaments of the cytoskeleton, stood out as a prime target for SETD2.
Login Or Register To Read Full Story
Login Register